In “Militant Particularism and Global Ambition: The Conceptual Politics of Place, Space, and Environment in the Work of Raymond Williams” (1995), David Harvey discusses the challenges presented by moving from place out across time. In the midst of his involvement in a participatory research project within a high-stakes local struggle against the closure of an automotive plant, he was accused of being a “free-floating Marxist intellectual,” an outsider, and he was given the “evil eye” and asked to explain “where his loyalties lay.” (71) This is in an environment where people were losing jobs, and families and communities were being destroyed.

The Left, the Right, and Globalization

Don’t be tricked into thinking that what is going on is a debate about “free trade”—the unhindered exchange of goods—because it is not.

The Jewish Role in the Industrial Workers of the World

The most radical and militant union in American history was the Industrial Workers of the World (IWW), colloquially known as the Wobblies. Its active years were from 1905 to 1919, or at best until mid-1920 when it led its last major struggles—a maritime workers strike in California and a miners strike in Colorado. Fierce government repression during and after World War I, along with vigilante violence and internal divisions, dealt the IWW blows from which it never recovered. The mass industrial union movement during the New Deal passed it by. Yet, the IWW continues to exist on a small scale to this day. 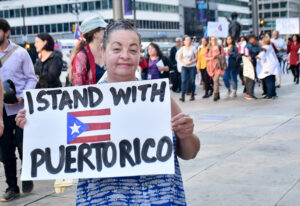 Russia: The Revolution and Beyond, continued