Read more ›
On the Centennial of Lenin’s Imperialism Thesis

One hundred years ago, in exile in Zurich during the spring of 1916, Lenin started writing one of his most important and influential works, his pamphlet on imperialism. What is the relevance of this work today? 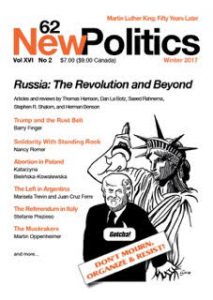