Sam showed signs of his lifelong commitment to organizing on the Brooklyn College gridiron in 1946 when he declared that he wouldn’t shave off his goatee and mustache until Brooklyn College beat CCNY—which they did, only a few days after his declaration. He was a man of strong opinions, for whom few subjects escaped his commitment to passionate discussion. Sam was always ready for an argument.

As a student at Brooklyn College, Sam (then known as “Sonny”), joined the Young Socialist League, a revolutionary, democratic socialist organization that was the youth group of the Independent Socialist League. The YSL and ISL were Third Camp socialists, who defined themselves with the declaration “Neither Washington nor Moscow!,” believing that neither capitalism nor Communism could fulfill the economic needs and democratic aspirations of the vast majority of the world’s people. The comrades were more than a little surprised to find a college football hero in their midst, and even more surprised when he remained a committed socialist for the rest of his life.

In addition to their activism, the ISL/YSL produced three lively publications: Anvil and Student Partisan, Labor Action, and The New International, which are accessible on line. Sam wrote for all three, and was on the editorial board of Anvil and Labor Action. In addition to being a founding New Politics editorial board member, he was also a Campaign for Peace and Democracy endorser. 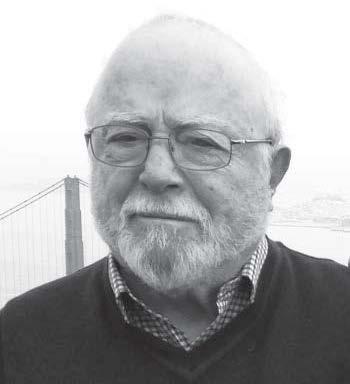 Born in Brooklyn in 1926, Sam graduated from Brooklyn College and attended graduate programs at Columbia University, NYU, and the University of Warwick, and worked for a number of labor organizations. He is survived by his wife of 42 years, Toni Propotnik, and his daughters Lisa and Andrea Bottone, children of his first marriage to the former Elsie Yacubovich. Sam enjoyed reading, connecting with the world on line, cooking complex Italian and French meals for friends, and traveling. He loved classical, county & western, and traditional jazz music. Sam and Toni experienced many life events together, including Sam’s type-A personality leading to heart disease in his 50s, driving through flames to escape the 1991 fire in the Oakland Hills, and several moves to accommodate Toni’s career as nurse leader and consultant. Sam was Toni’s favorite critic and support. He will be missed by his many friends, comrades and family members.


Joanne Landy is on the New Politics editorial board.