The combination of Weinglass’s informed critique and Tobocman’s striking visuals provides an unusually effective example of political cartooning. As it happens, this is not the first time that New Politics has featured artwork by Seth Tobocman: The Winter 2007 issue included six of his pages on the impact of Katrina and neoliberal public policy on the people of New Orleans. In addition to Len, Tobocman’s books include Understanding the Crash (2010), Disaster and Resistance (2008), and War in the Neighborhood (2000), which is about to appear in a new edition. He is also a founding editor and regular contributor to World War 3 Illustrated. 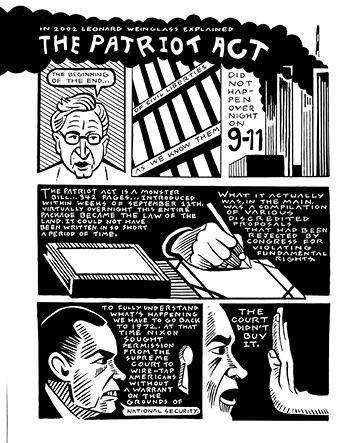 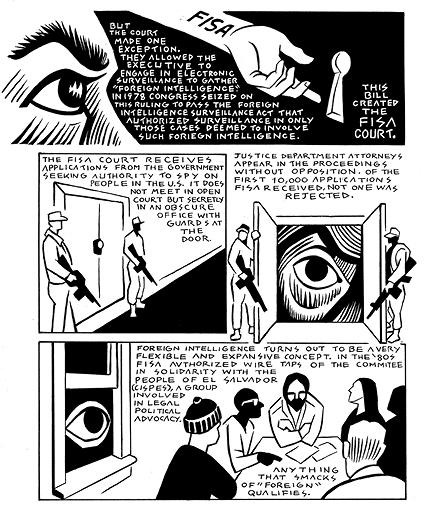 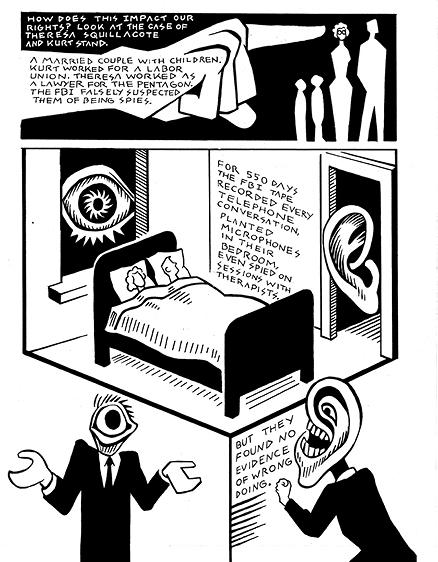 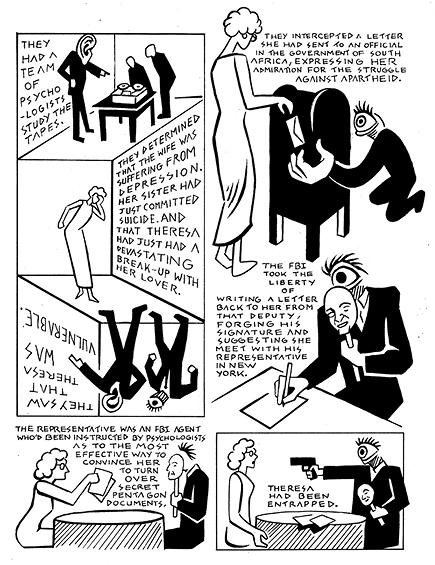 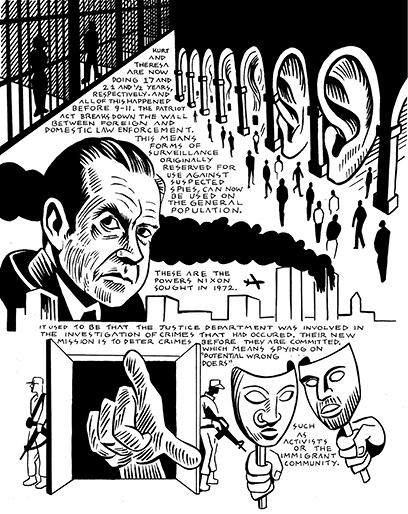 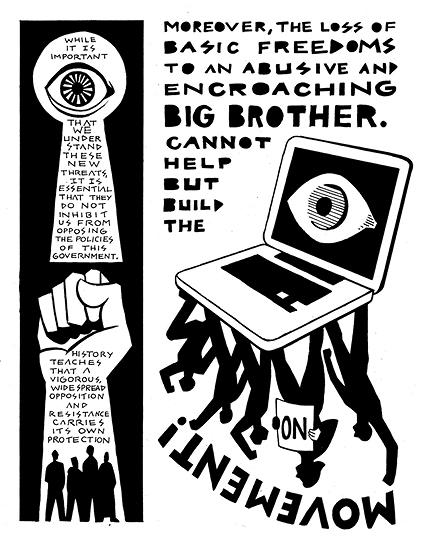