Bryant William Sculos, PhD, is a visiting assistant professor of global politics and theory at Worcester State University, a contributing editor for the Hampton Institute, and founding curator of LeftHooked, a monthly socialist media aggregator and review. Bryant is also the Politics of Culture section editor for the open-access journal Class, Race and Corporate Power, and a co-editor with Mary Caputi of Teaching Marx & Critical Theory in the 21st Century (Brill, 2019; Haymarket, 2020).

An exploration of the meaning and implications of “campism.”

Left of Death: The Socialist Case Against the Death Penalty

On January 10, 2017, white supremacist and mass murderer Dylann Roof was sentenced to death by a jury of his peers in federal court. He was deemed competent to stand trial multiple times, despite serious questions regarding his mental stability. He was afforded what, by all means, appeared to be a competent legal team to defend him against the charges stemming from the shooting of ten (killing nine) Black church-goers at Mother Emmanuel African Methodist Church in South Carolina on June 17, 2015, though Roof decided to abandon legal counsel at several points in the legal process. Roof was 21 years old at the time of the attack—barely old enough to legally consume alcohol and not old enough to even rent a car. He has expressed nothing resembling regret for his crimes, and in fact has remained steadfast in his justification for them. Assuming the psychological experts are right and Roof lacks any kind of relevant mental illness, I have no sympathy for Roof nor should anyone else. I even understand the visceral desire to want to see Roof suffer the ultimate penalty for his crimes.

What’s Left of the Lesser Evil?: A Foreign Policy Critique 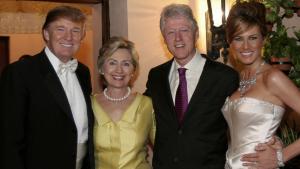 The Question of the Lesser Evil

In a recent article for Counterpunch, Gary Leupp details the long history of Hillary Clinton’s foreign policy record and concludes with the question: is the possibility of her winning the general election in November 2016 really that much less frightening than the possibility that Donald Trump does? Here, we want to explore a potential answer to that question.

A while ago, I wrote a piece here that, among other things, argued that if Bernie Sanders were to lose the Democratic primary he should not, as he has promised several times to do, support Hillary Clinton for President. Many people on the Left, most recently Chris Hedges in an article for Truthdig, have argued that this promise makes Sanders a wolf-in-sheep’s clothing for the Left, and that he will inevitably betray the movement supporting him and the ideals he has campaigned on. For Hedges and others, this promise (along with running as a Democrat) is precisely why the Left should not be supporting Sanders and his campaign at all. While I disagree with Hedges that we should not support Sanders because of this promise, we should absolutely be wary of the likely possibility that he will keep this terrible promise; Sanders if anything has a tendency to keep his word. This is what he is known for, after all—being the rare honest politician.

My Week with Libertarians: An Accidental Socratic Socialist vs. Capitalism’s Euthyphros 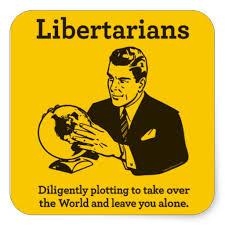 This story begins where all good stories do; I hit a bit of a rut with the second to last chapter of my dissertation, a dissertation which looks at the psychological aspects of capitalism that undermine arguments for global justice that are deeply entrenched in the liberal political-philosophical tradition. When I get stuck, I try to motivate myself by reminding myself how necessary this kind of demystifying critical scholarship is. Naturally, I usually turn to Fox News for such motivation. However, for whatever reason, I decided to look on Facebook for something that would piss me off and send me on a writing blitz.

Resisting the Marginalization of Democracy and the Fetishization of “the Candidate”

In the United States, even more so since the advent of twenty-four hour news channels, there is a consistent fetishization of political candidates. Who is viable? Who is trust-worthy? Whose ideas best fit with the prevailing public opinion polls on certain issues at a given time? Who has the most attractive haircut or family? Who has the right skin color, gender, or business experience to win over key demographics?

Though few of us are under any illusions that this country is or has ever been a genuine democracy, it seems that even those people who are not convinced by the patriotic rhetoric of the purity of American democracy too often acquiesce to the “all of our hopes rest in a single individual or political party” approach to politics. If socialism means anything beyond mass resistance to capitalism, it should be resistance to this mindset. When we fetishize the candidate we marginalize true democracy, the cornerstone of socialism.

The Poverty of Hatred and the Hatred of Poverty: The Ideology of American Progressivism 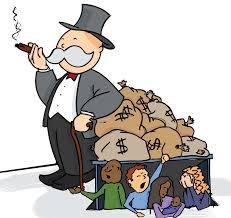 “Rich people are the fucking worst.” This is the premise and title of Sean Illing’s recent Salon.com article (June 22, 2015). While I agree with his sentiment, the argument that follows this provocative title leaves a lot—too much—to be desired. Illing is a self-professed progressive, and the purpose of his article was to discuss the various “new” ways the rich are expressing disgust for the poor or anyone who isn’t rich, in the context of the on-going drought in California. While I completely agree that “rich people are the fucking worst,” Illing misses the proper target of critique. Rich people do indeed suck. However, progressivism itself sucks, and here’s why: it misses the systemic root problem. The rich suck, because capitalism encourages them to suck.