WITH MILITARISM AND AUTHORITARIANISM ON THE RISE in numerous global and regional powers, there is a crucial need for updating and strengthening a politics of socialist anti-imperialism. Historically, many on the left felt the need to ally with the Soviet
Union . . .

END_OF_DOCUMENT_TOKEN_TO_BE_REPLACED

Coronavirus and the World Economy

The coronavirus pandemic has both detonated a global economic crisis and exacerbated a preexisting crisis, economic and political, of the capitalist world economy.

A review of Josh Freeman’s history of factories.

An exploration of the meaning and implications of “campism.”

From the Russian Revolution to Russia Today

The relationship between Russia and the left from 1917. 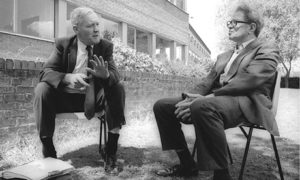 A review of a collection of articles from the early years of The Socialist Register.

END_OF_DOCUMENT_TOKEN_TO_BE_REPLACED

The Communist Manifesto never seems to go out of style for very long.

END_OF_DOCUMENT_TOKEN_TO_BE_REPLACED

THE HISTORIC SANDERS CAMPAIGN has come to a close, and the strength of social movements will be critical after November, whether to build the left in the face of a Democratic president carrying out the party’s neoliberal policies or to . . .