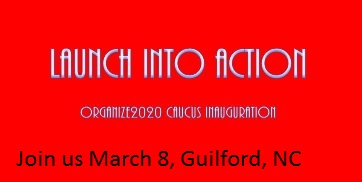 The latest news from Chicago is that teachers and parents in dozens of schools are defying the school board’s threats to boycott the ISAT, one of the many standardized tests students must take.  The Chicago Teachers Union has announced support of this action and has geared up to defend its members.  The movement to “opt out” of testing has been largely driven by white middle class parents and teachers, but as CTU President Karen Lewis masterfully explains, standardized testing has its roots in the eugenics movement. In last week’s blog I comment that as transformed teachers unions (like the CTU) wage struggles “alongside students and parents in communities who deserve better schools, we’ll open space to have discussions we need to generate the complex evaluative measures good teaching requires.” CTU’s stance on standardized testing, the superb materials it distributes to members, the media and parents, and now, its defense of teachers who refuse to be frightened into doing what they know is wrong for their students – all show what can happen when we have teachers unions that are democratic and militant.

Just days before Chicago teachers announced their intended test boycott, faculty at the University of Illinois, Chicago went out on strike for two days.  How refreshing (and alas, rare) to see tenured full-time faculty challenging the hyper-exploitation of non-tenured faculty, defending faculty voice, arguing against tuition hikes! The feisty grad students’ union supported the strike, always a good sign that full-timers are doing what’s right.  The Jacobin carried the best analysis of the strike I’ve seen.

Privatization of K-12 schools and corporatization of higher education are linked in a global project that aims to stratify educational outcomes and justify increased economic inequality.  Faculty unions have an important role in pushing against corporatization. They provide institutional support for traditional norms of faculty governance and can help bring labor’s support to public policies that are pro-student. Noam Chomsky observes that the university should be a “democratic institution, in which the people involved in the institution, whoever they may be (faculty, students, staff), participate in determining the nature of the institution and how it runs; and the same should go for a factory.”

So far, tenured full-time higher education faculty in the US have been quiescent.  Why? Like K-12 teachers, many are not political.  Others are  intoxicated with their status, which blinds them to a status quo that privileges them while exploiting graduate students, adjunct, and non-tenured full-time faculty.  A case in point is this intellectually tortured testimony by a UIC faculty member (at Champaign-Urbana) who opposes unionization of faculty. Unionization, he argues, will diminish an elite institution. Unlike Chomsky, who sees universities as sites at which all the workers should have voice, this tenured, full-timer defends an unjust, unequal status quo.

The stakes are very high. “Public education today is at a crossroads… nothing less is at stake today than the survival of the democratic form of governance and the role of public education in that enterprise.”  That quote comes from “Globalization and Education: Critical Perspectives,” Nicholas C. Burbules and Carlos Alberto Torres (eds) Routledge, 2013 (Introduction, page 23).  Yes, the same Nicholas Burbules who testified in the Illinois Senate and has led the campaign disparaging the UIC union and strike using rhetoric straight from the “right to work” playbook – like “forced unionization.”

Here’s hoping Burbules realizes his opposition to unionization has been wrongheaded.  He’s sided with the anti-union, anti-democratic forces that he has spent years explaining we have to oppose. We do, still, which is why we support professors having unions.

This weekend teachers in North Carolina are launching a caucus to transform their unions. I’ll be there to support them.  Find more information at http://www.organize2020.com/.  This movement, still under the radar of the corporate media, is spreading very fast.

Posted March 5, 2014 Education, Teacher unions, United States by newpolitics
About Author
LOIS WEINER writes widely about education, labor, and politics, specializing in teacher unionism. Her new book looks at lessons for the Left  in capitalism's alteration of work and education, and how teachers and their unions can resist with support to and of movements for social justice.