LOIS WEINER writes widely about education, labor, and politics, specializing in teacher unionism. Her new book looks at lessons for the Left  in capitalism’s alteration of work and education, and how teachers and their unions can resist with support to and of movements for social justice. 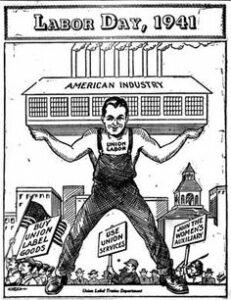 Expecting working people to do the jobs for which they are paid and also help organize their workplaces is a huge ask. One invaluable asset we have is seeing the inseparability of struggles for social justice and workplace democracy. 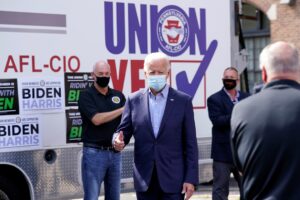 Firing Up the House of Labor to Fight for Racial Justice: Confronting Hard Truths

Defending truths about union democracy and the inseparability of racial and economic justice in our society has shown to be extraordinarily demanding work, yet it is an unavoidable goal if the organized power of the working class is to (help) free the human race.

Building an Alternative to the Democratic Party

Bernie Sanders has ended his candidacy
When we feel our lives are in danger as they are in this pandemic, it can be very hard to look critically at national politics, by which I mean the end of Bernie’s candidacy and . . .

END_OF_DOCUMENT_TOKEN_TO_BE_REPLACED

Philly Educators Have a Chance to Make History

Members of the Philadelphia Federation of Teachers (PFT) have a chance to improve lives of Philly school educators and students, challenging control of schools by corporate elites, as did Chicago teachers when they elected a new generation of leaders from . . .

END_OF_DOCUMENT_TOKEN_TO_BE_REPLACED

Writing an Obituary for Neocons

END_OF_DOCUMENT_TOKEN_TO_BE_REPLACED

A harsh reality of teachers’ strikes is that they hit parents – moms especially, who still do most of the work of caring for kids and housework – the hardest. Parents are left frantically searching for childcare options, especially if . . .

END_OF_DOCUMENT_TOKEN_TO_BE_REPLACED

Education Workers in Chicago Are Challenging the U.S. Ruling Class

Though the media is casting the strike of education workers in the Chicago Public Schools as (just) another episode in the wave of teachers’ strikes, and the press in Chicago is doing its best to defeat the union, this contract . . .

END_OF_DOCUMENT_TOKEN_TO_BE_REPLACED

Learning from the “Red State” Walkouts

Red State Revolt is based on Eric Blanc’s “on the ground” reporting for Jacobin on the 2018 walkouts of education workers in Oklahoma, West Virginia, and Arizona. He aims to tell the stories of the walkouts . . .