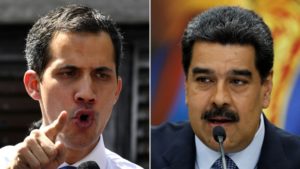 The Workers’ Revolutionary Party (PRT) stands emphatically against the new attempted coup d’état and imperialist intervention against Venezuela. In an open and cynically orchestrated . . .

END_OF_DOCUMENT_TOKEN_TO_BE_REPLACED

Collapsing wages, food shortages, and rampant inflation have led to growing hunger and desperation in Venezuela. Recent videos illustrate just how desperate the situation has become, as hungry people chase down livestock in the fields to butcher it for its meat, or skin dogs and cats on the streets of Caracas. Violent food-related protests have erupted in various cities around the country, and the looting of grocery stores is becoming more and more widespread. Meanwhile, thousands of Venezuelans are flooding across the borders into neighboring countries. 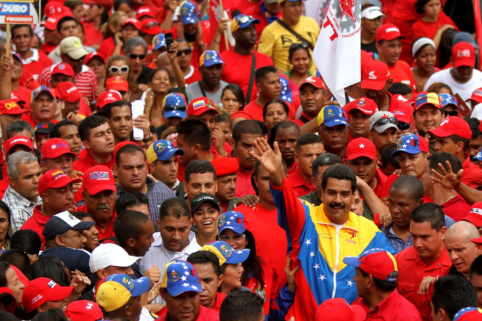 The political crisis that has been shaking Venezuela for months is at the heart of a war of information and propaganda, which is even inviting itself, albeit for other purposes, into the French political debate. Beyond binary discourses, we wanted to take the risk of complexity with Fabrice Andreani, doctoral student in Lyon-II University, who is working on the Bolivarian revolution. [CQFD]

How Should the Left Respond in Venezuela?

Venezuela: for sale to the highest bidder? 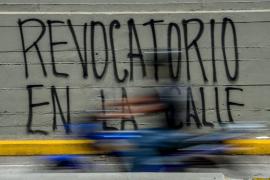 The Bolivarian revolution led by Hugo Chavez from 1999, opened a new chapter in the global struggle for social justice. For anti-capitalists across the world, his ‘21st century socialism’ pointed ahead to a new kind of power, defined in the Bolivarian Constitution as “participativa y protagonista” – a participatory democracy in which the people were the active subjects.

It is hard to reconcile that hope with the realities of Venezuela today. The spokespersons of the new State continue to proclaim their revolutionary credentials. Yet they oversee a society in profound and worsening crisis, where hunger has reappeared in a country which just four years ago was congratulated by the U.N. for its virtual elimination of extreme poverty. The right wing media – nationally and internationally – have taken great delight in publishing photographs of food queues marshalled and overseen by armed National Guards. The supporters of Chavismo instinctively refuse to believe the images. But the social crisis they symbolize is real.

The Venezuelan Dilemma: Progressives and the "Plague on Both Your Houses" Position

In recent weeks, a number of Venezuelan specialists on the left side of the political spectrum have published and posted pieces that place them in an anti-Chavista, “ni-ni” position that consists of “a plague on both your houses” with regard to Maduro and the Venezuelan opposition. Certainly, at this moment the Chavistas are playing hard ball; the options available to them are limited.

Venezuela is torn between the destabilising attempts of the right-wing, the limits of the Bolivarian process and the possibility the working class and the popular movements will advance the [revolutionary] project, [but] not without tensions and contradictions.

February Traumas: The Third Insurrectionary Moment of the Venezuelan Right

“Today the counter-revolutionary Right is reactivating itself,” according to long-time Venezuelan revolutionary Roland Denis, “taking advantage of the profound deterioration that this slow revolutionary process is suffering.

Venezuela, a moderately prosperous nation with rosy relations with both the United States and global capital, was an unlikely setting for a socialist renaissance. The 1998 election of Hugo Chávez appeared to be nothing more than a parliamentary victory for a bombastic social democrat, surprising but hardly epochal.