Once More on the Greater Evil 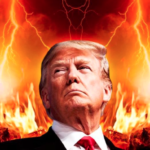 Ashley Smith and Charlie Post have replied to my critique of their piece on lesser evil voting. I continue to find their argument unconvincing.

Smith and Post write that the defense of lesser evil voting in the current election is “oddly timed” because Trump’s poll numbers have been declining. But of course the defenses that they have criticized were written earlier, and even now, while Trump is a strong favorite to lose if poll numbers translate into actual votes counted, it is by no means a sure thing. My odds are high of surviving Covid if I contract it, but when the costs if things go wrong are dire, one doesn’t want to take chances. Trump’s odds of winning as I write today are low, only 1 in 8. That’s the odds of being dealt a pair of jacks or better in poker. Low, but not out of the game. Given the stakes, I’m still worried.

Much of Smith and Post’s article evades the fundamental question. Adding to the list of ways that Biden is an inadequate candidate or that Democrats have failed us or that Republicans have sometimes responded to the pressure of social movements does not address the choices actually before us.

The question is not whether “electing the lesser evil will defeat the far-right.” The question is whether electing the lesser evil will give us a better chance of defeating the far right than would an electoral victory by the far right. Likewise, the question is not whether changes invariably come when Democrats are in office. Nor is the question whether change is impossible under rightwing leaders. The question is whether there is a meaningful difference in progressive and movement possibilities to effect changes under the two different sets of leaders. (See Bob Master’s excellent article on whether Biden can be pushed left.)

Is it a meaningful difference that movement pressure was able to get Obama to stop the Keystone and the Standing Rock pipelines, while despite massive environmental protests Trump re-started both? Some left commentators say these were “token” gestures, but if so, then we are dismissing the value of much environmental activism, which mobilized around these issues. Is it important that Obama enacted hundreds of environmental regulations and joined the Paris Climate Agreement while Trump has been undermining both? Or that Biden calls for rejoining the Paris Agreement? The question is not whether Obama or Biden are eco-socialists. It is whether we have a better chance to gain ourselves and our species the time we need to avert climate catastrophe.

Of course, Smith and Post are right that a mass socialist movement is what we need to decisively defeat the far right in the long term and build a just society. But in the next week we’re not going to have that movement. Likewise, Scott McClarty of the Green Party says that what’s missing from the “Dump Trump, then Fight Biden” approach is that it doesn’t push for Ranked Choice Voting. But leftists who call for dumping Trump don’t oppose RCV. They support that and a thousand other improvements in our very flawed democratic institutions. But none of these are on the ballot next week.

Some leftists – like six members of the New Politics editorial board – explicitly tell people not to vote for Biden (“we reject the … call for leftists to vote for Biden as a lesser evil”) and they tell us to reject voting for Biden not just in safe states, but “in any state.” How do they respond to the possibility that this advice might lead to the withholding of enough votes from Biden so that Trump wins re-election? They don’t. Their article makes zero reference to the constraints of the electoral college or the first-past-the-post voting system or the danger that their position might lead to what they say they oppose, Trump’s victory. I posed this question as a comment on their article; one author replied – and never actually addressed it, saying only that to urge a vote for Biden is to lie to the American people. But why is it lying to say that Biden is evil, but a much less-evil evil than Trump and that the difference is worth caring about?

Smith and Post tell us that their argument is not about how people should vote in the privacy of the voting booth, but whether one should campaign for Biden. But what does it mean to “campaign for Biden”? Does it mean publicly urging people to vote for Biden? But how is that different from what Smith and Post have done urging people to vote for Hawkins (“we advocate voting for Howie Hawkins, despite the problems of the Green Party, as a protest vote”). And in what other situation does the left tell people that their political decisions are private matters, that shouldn’t be publicly discussed and challenged?

And is it campaigning for Biden to tell people – as the letter from 55 activists (including me) does – that it is essential to defeat Trump? Right now, this week, there is simply no other way to defeat Trump than by voting for Biden. Recognizing this reality requires no illusions about Biden. Biden’s many failings and limitations are beside the point because the only way to stop the much greater evil, Trump, is to cast a vote for the lesser evil. This is not lying to people. What is wishful thinking is suggesting that there will be any lasting impact from voting for the Green Party in swing states, a party that will be lucky to get “more than a sliver of one percent” of the vote.

Does urging people to vote for Biden undermine movement organizing? I think the opposite is the case. The left won’t be taken seriously by social movements if it seems to them that we don’t care about their issues. Those who are most heavily involved in the environmental struggle understand that defeating Trump is a necessary though not sufficient condition for preventing climate disaster. Those involved in struggles for $15-an-hour know that their chances of achieving their goal is much greater under Biden than Trump. And what does it do for our credibility with Black Lives Matter activists that we are not doing all we can to prevent the re-election of a white supremist. Will those whose lived experience of racism is made worse admire our courage in refusing to cast the deciding vote against Trump in a swing state? Will reproductive rights or LGBTQ+ activists consider us allies if our votes are what permit Trump to add a seventh justice to the Supreme Court? Will those fighting to defend basic democratic rights commend our refusal to unseat the greatest threat to American democracy in many decades?

A Biden administration will have to be fought from day one. The left should never subordinate itself to Biden. But voting for Biden in a swing state, and calling on others to do the same, involves no subordination. It’s a recognition of the realities we face and of the fact that a Trump victory would have incalculable consequences for the left, for all Americans, and for our planet.

Posted October 25, 2020 Electoral Politics, Left Politics, United States by newpolitics
About Author
Stephen R. Shalom is on the editorial board of New Politics.

One comment on “Once More on the Greater Evil”