It’s hard to overstate how frightened US teachers are in many schools and districts.  We know from research that many teachers in schools now chose this career because they love kids and/or their subject matter.  Some of activists in social justice causes but many have never taken an interest in what they’ve viewed as “politics,” remote from their work.  These teachers aren’t prepared for the ferocity of the attack they’ve experienced, and teachers unions have been so weakened, legally and politically, that teachers feel quite vulnerable. When national unions call for collaboration with management, as AFT has done, the union signals that they are not going to fight.  (Incidentally, this stance is echoed in collaborations of the international confederation of teachers unions, the Education International, with multinational corporations.) 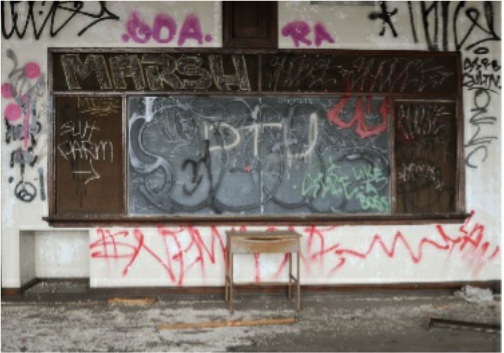 The problem is not limited to the AFT by any means. Echoing the national organization, NEA staff working for the state affiliates often tell members and local officers that teachers are too demoralized and frightened to defend their rights. I’ve heard from many teachers who’ve responded to my challenge to work with and in their unions that the NEA staff from the state assigned to their local (how NEA organizes staffing) send a message that teachers are powerless. (In contrast, I hear from NEA staff that they try to empower members but are hamstrung by state and national attitudes.) Members realize “the union” is not going to protect them and retreat from engagement. Their mantra becomes “Do what you’re told. Keep a low profile. Definitely don’t make waves.”

One result of this dynamic is that some heroic teachers have stood up for their rights and kids and have been left in the lurch. While we have to defend people who are victimized, we need a strategy to avoid victimization of individuals.  Unless teachers organize at the school site as well as in the local, state, and national, conditions are going to worsen. We need to work with parents, yes. But parents need teachers – and teachers unions – to provide organization and support.  We can win when we mobilize with parent and student support and make our struggle public, as did Seattle teachers when they boycotted their state’s standardized test. (Incidentally, leaders of that effort have formed a reform caucus in their NEA affiliate.  It has a mighty good-looking platform and slate.)

Fear is often more intense in elementary schools, for reasons too many and complex to explain in this blog.  I learned from organizing as a classroom teacher in California that when elementary school teachers “get it,” they are solid and tenacious.  So how do we help teachers who are fearful to “get it”?  We need to talk to people, one on one.  We need to engage in struggles that will yield achievements and avoid victimization. Sometimes when we’re too afraid to defend ourselves, we are moved by our  obligation to protect someone in our care. I think we can support teachers who’ve all their lives wanted to be teachers because they love kids (female elementary school teachers mostly) to become more engaged in struggle is to reinforce our obligation to protect kids. When we don’t, we violate our professional ethics. If we have evidence that a parent or guardian abuses a child, our legal obligation is to report this to protective services.  But what do we do when it’s the authorities themselves that are abusing children – or looking the other way?

Wayne State faculty member Thomas Pedroni, a distinguished scholar of urban education,  has been helping Detroit teachers in exposing the terrible things done to kids in the EAA (Educational Achievement Authority), the Broad-funded and Republican Governor Snyder-imposed district in Detroit.  In one blog, teachers describe the unspeakable conditions they and students now face in EAA schools. Pedroni (no slouch in the bravery department) has pressed the media to cover the myriad problems in the EAA and writes himself when newspapers and media duck their responsibility to expose wrong-doing and harm to kids.

What we are seeing in Detroit and in Newark NJ, with the suspensions – partially rescinded – of school principals who spoke out against massive school closings is a reign of terror, not of error.  The individuals planning and carrying out policies that are hurting kids aim to destroy mass public education. While they say otherwise, the effects of their policies are quite clear.  (Sometimes intentions don’t count. Think about all those defenses of slavery and colonialism.) They are destroying teaching as a profession, eradicating public control over education, turning schools into factories that produce workers for the global economy or holding pens that prepare them to be convict labor.

This is scary stuff, not what teachers bargained for when they decided to teach. But if you look at teachers’ resistance globally, you’ll see they can rise to the challenge. Teaching, especially in urban schools, is not for the faint of heart or spirit. That’s why teacher unionism has emerged first in cities.   If Cami Anderson (Newark NJ’s state-appointed Supt.) and John Covington (Detroit’s state-appointed Supt.) think they can continue to abuse teachers and students without facing concerted resistance, they’re wrong.  No one should underestimate city teachers. Working under the conditions one faces in most city schools gives many teachers a resilience that’s equal to or surpasses what we find in workers in any sector. The question is whether they can do what’s needed fast enough.

Some of what’s new: Minneapolis teachers have formed a promising alliance with parents and started a social justice caucus in their AFT local. Struggles in Portland, Seattle, and North Carolina indicate that the NEA leadership is facing the kind of insurgency the AFT national is trying to pacify.  There’s ferment within the teachers unions you don’t see reported in the media.  Stay tuned!

I invite reader responses at drweinerlo@gmail.com.  Is there a subject you want me to tackle? Let me know. You can follow me on twitter and Facebook, as well as my blog every Wednesday here at New Politics.

Posted January 29, 2014 Education, Teacher unions, United States by newpolitics
About Author
LOIS WEINER writes widely about education, labor, and politics, specializing in teacher unionism. Her new book looks at lessons for the Left  in capitalism's alteration of work and education, and how teachers and their unions can resist with support to and of movements for social justice.