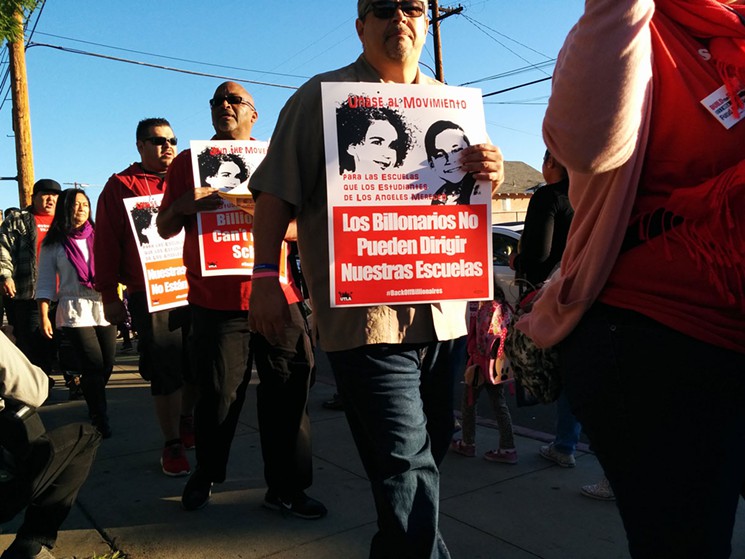 In this guest blog David Koenig describes what occurred at Paul during the organizing drive and explains what makes organizing a union in a charter school more problematic than in a regular public school.

We hope this blog prompts discussion about what union democracy means in practice during organizing drives and welcome comments, either as a reply to the blog or as another guest blog.

Organizing for Educational Justice in a Privatized School – By David Koenig

At the beginning of the just-concluded 2016-17 school year, I set out to organize a teachers union at the Washington, DC charter school where I have taught since 2013.  I was motivated in part by what I perceive to be unfair treatment of teachers and staff at the school – contracts not being renewed for no discernable reason; additional duties being added during the school year without compensation; insufficient disciplinary support; lack of transparency in evaluations and salaries; etc.  But I was equally motivated by a belief that unions in general have been, and can be again, a force for promoting economic and social justice in our country.  In the field of education, we have seen in recent years a relentless attack on the professionalism and academic freedom of teachers, and – more generally – an attack on public education as traditional school systems have been partially or even totally privatized through the proliferation of charter schools, vouchers, and other “school choice” propaganda.  I believe that teachers unions are essential organizations that educators can use to speak collectively against the assault on public education.

As I began to build support for the union at my school, I followed the advice of American Federation of Teachers (AFT) organizers to talk with people about their individual complaints about the school and its administration and how a union could effectively address those problems.  There was certainly no shortage of complaints, and talking with my colleagues about these “bread and butter” issues helped me and the other organizers to build 75% support in favor of unionization.  Although there was very little discussion in our organizing meetings or conversations with other teachers about justice in education policy, my idea was that we would build the union first, and then I could work within the organization to push us towards collective action on issues such as standardized testing, academic freedom, and school governance.

In February, we submitted our formal union petition to the NLRB, with the signatures of 75% of the eligible staff.  The same day, we submitted the petition to our administration and the school’s Board of Trustees, requesting voluntary recognition of our union. After several weeks of stalling and stonewalling by the Board, we filed for an NLRB-administered election.  At that point, the Board (advised by attorneys at Jones Day, LLP, the world’s fourth largest law firm) launched an aggressive anti-union campaign replete with all-staff emails, captive audience meetings, and one-on-one meetings with wavering union supporters – all of which included misinformation and misleading rhetoric.  The Board and its lawyers expertly toed the line of legality and succeeded in peeling off a good bit of our support.  Two days before the election, our organizing committee counted approximately 55% support that we felt completely confident in, and voted overwhelmingly to go forward with the election.  However, too many of our supporters were no longer willing to be public with their intention to vote for unionization to satisfy the AFT that a win was guaranteed, and so they pulled the election petition over our objections.

In the wake of this defeat, I remain committed to building a professional organization at my school (be it a union or some other entity) that can speak collectively for justice within our school and, critically, in education generally.  This time I plan to do the organizing entirely in the open, without the help of the AFT.  I also plan to make issues in education policy part of the organizing effort from the outset – and not try to wait until the organization has been established.  In thinking about how to go about this, however, I have run up against a few challenging questions:

One obvious one is how to convince teachers to speak collectively against school privatization when we all work in a charter school that is part of the privatization regime.  To me, the answer to this is pretty simple: there has to be a line of demarcation between our jobs in our classrooms and our political views and activities.  In urban charter schools we teach urban public school kids.  We do that job because we want to help provide a quality education to students who are in dire need of it and whose families can't afford to pay for it.  We don't have to agree with the school's system of governance in order to accept that challenge.  Especially in DC (where half of the public school kids go to charter schools) and similar cities, it seems too limiting to narrow our employment options to only the traditional public school system.  The job that we do in our classrooms is, and must be, focused on the kids in front of us.  Our efforts to speak out against the unelected, unaccountable governance of our school and to reform the charter school system – from within or from without – is separate from (although clearly related to) the work that we do with our students.

To me, the tougher question is how to get teachers to perceive the charter school system as part of a bigger, political problem.  While terms such as “neoliberalism,” “privatization,” and “Chicago school economics” are becoming more common in public parlance, they remain esoteric or even foreign to many people, including the majority of the teachers that I have known during my thirteen years of teaching.  How can we convince people who aren't used to thinking in these terms, that charter schools have become a tool of school privatizers…and that the people funding political support for this system are after no less than the destruction of public education and the destruction of public school teaching as a profession?  What language needs to be used?  How much foundational educating has to be done?  How will people react to this sort of discussion?  In what context can we have these conversations in an efficient manner, in the absence of an already-established teacher organization (union), and at the same time advocate for everyone's bread and butter concerns about job security, duties, evaluations, etc.?

I think that most of these questions are relevant in any school system and any teachers union/organization.  In traditional public schools with existing unions, it is likely just as challenging to get teachers to think and act on issues of educational justice and to believe that their union can be an effective vehicle for advocacy.  In a charter school without an existing union, though, that difficulty is compounded by the necessity of actually building the union at the same time that you are trying to move teachers to a social justice mindset.  At the same time, however, the situation also presents an opportunity to build a social justice union from the outset, free from the constraints of an existing structure and national union affiliation.  It is also a chance to work against school privatization from inside the belly of the beast.

Lois Weiner is a professor of education at New Jersey City University, where she directs the Urban Education and Teacher Unionism Policy Project. You can follow her on Twitter and Facebook and read her blog at New Politics.

Posted June 25, 2017 Teacher unions, United States by newpolitics
About Author
LOIS WEINER writes widely about education, labor, and politics, specializing in teacher unionism. Her new book looks at lessons for the Left  in capitalism's alteration of work and education, and how teachers and their unions can resist with support to and of movements for social justice.