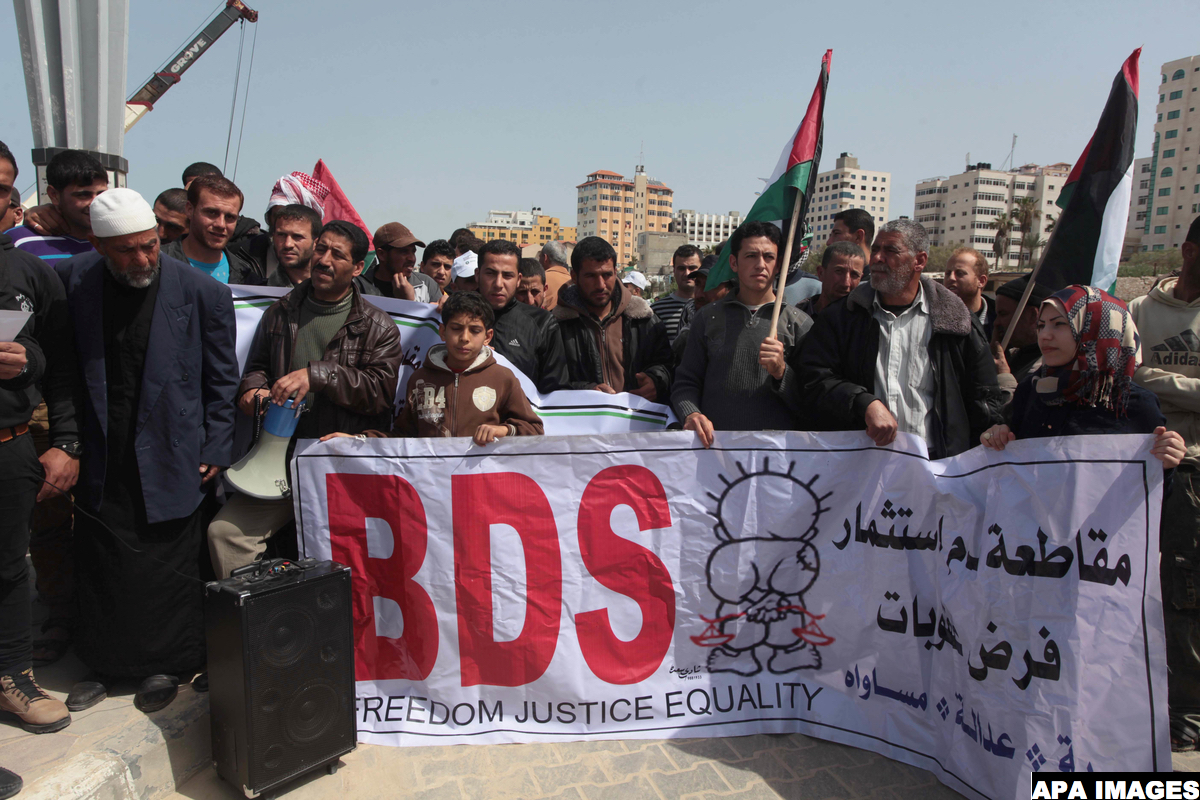 Israel’s attacks on the Boycott, Divestment and Sanctions (BDS) movement and other human rights defenders living under occupation, such as Al Haq staff, have dominated the headlines in recent weeks, including the direct threats made by leading Israeli officials against BDS activists and in particular against the movement’s co-founder Omar Barghouti.

On May 9, 2016, the New Jersey State Senate approved by a vote of 39-0 S1923, a bill prohibiting the investment of state pension and annuity funds in companies that boycott Israel or Israeli businesses. One of the bill's sponsors was liberal stalwart and Democratic Majority Leader Loretta Weinberg. Among the co-sponsors were Democratic Senate President Stephen Sweeney and Republican Minority Leader Tom Kean Jr. There is a similar bill in the Assembly, A925, still in committee. [Update: The bill was released by the Assembly committee on May 19, 2016.] Both bills are an affront to basic principles of human rights that many NJ liberals seem to support everywhere else in the world except when it comes to Israel-Palestine.  And both bills are an affront as well to the First Amendment. 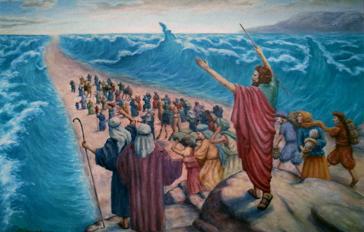 Hilton Obinzenger is a poet and a long-time informed critic of Zionism and Israeli policy toward the Palestinians. His new poem, Treyf Pesach (Dirty Passover), is a blunt speaking and not unhumorous effort to ask fellow Jews how they can celebrate the slave insurrrection in Egypt millennia ago and yet be struck dumb by the Israeli government's dissembling and bloody practices  toward "the stranger in our midst" today. You can read Obinzenger's smart, snappy work here, and visit his website here.

[Ed. note: Readers of David Finkel's November article on "The Trials of Rasmea Odeh" will be interested in this alert from the Rasmea Defense Committee.]

On January 25, the New York Times posted an article by their Israel correspondent, Jodi Rudoren, about a new Israeli film, “Censored Voices,” which premiered at the Sundance Film Festival this pas

‘Anyone but Bibi’ Strengthens the Israeli Right Wing

[Editors’ note: The Da’am Workers Party is an Israeli revolutionary socialist organization formed by Palestinian and Jewish activists in 1995. The party initiated the formation of the WAC-MANN trade union movement that aims to organize sectors and populations traditionally neglected by Israel’s mainstream union federation, the Histadrut, and does so based on an explicitly anti-corporate, anti-austerity platform. It opposed the Oslo accords, but supports a two state solution based on the 1967 borders and the dismantling of all settlements. In the last Knesset election, Da’am ran with a Palestinian feminist, Asma Aghbaria-Zahalka, at the head of its list. This article was published on the Da’am website on Dec. 20, 2014.]

The Trials of Rasmea Odeh

Rasmea Odeh, a 67-year-old Palestinian-American, associate director of the Arab American Action Network and organizer of the acclaimed Arab Women’s Committee in Chicago, was convicted in Detroit on November 10 of “unlawful procurement of naturalization” at the time she became a U.S. citizen in 2004.

Her imprisonment immediately afterward has been the most shocking part of the case, as explained below.

Bennett Muraskin complains that a blog post of mine — a report on a demonstration in Newark protesting the blank check given by NJ senators Menendez and Booker for Israel's crimes — is missing "full recognition of Hamas' war crimes and vile ideology."

There is something missing from Stephen Shalom’s blog post on Israelis crimes in the recent Gaza conflict and it is full recognition of Hamas’ war crimes and vile ideology. 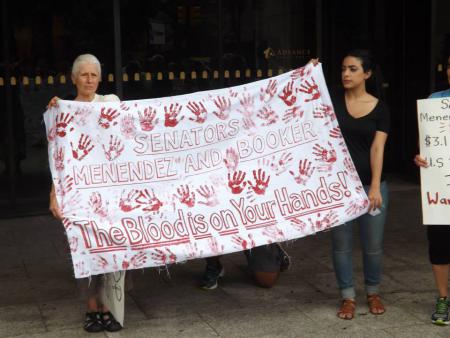 I would like to thank Bennett for his kind and appreciative comments on my artcile and use the opportunity presented by his letter to answer some essential points of contention.

[Because Kshama Sawant is at the moment the leading elected socialist official in the United States her opinions carry a weight far more important than those of many other socialist groups and activists. We print below Sawant's recent statement on Israel's attacks on Gaza made in the Seattle City Council and reprinted on the Socialist Alternative website. – Eds]

Response to Barry Finger on Israel-Palestine

I wish to commend Barry Finger for his analysis of the Israel-Palestine conflict dating back to the establishment of 1947 UN Partition Plan. (Finger makes a minor error in calling it the “1948 partition.”) 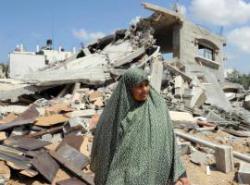 There is so much wrong with Michael Walzer’s brief essay on the New Republic website, supporting Israel in its latest onslaught, while criticizing “a little uneasily” some of the excessive civilian deaths, that it is hard to know where to begin.

Supporting the Struggle Against Apartheid Then and Now

The discussion of a socialist strategy towards Palestine never recedes from global pertinence and urgency. The basic terms of the Palestinian tragedy established in 1948 remain a festering wound—unaddressed, malignant and oozing in blood and rot. With it the Israeli garrison state continues to descend, and rightfully so, into isolation and disrepute in the court of civilized opinion.