GILBERT ACHCAR is the author of The Clash of Barbarisms and Eastern Cauldron, both published by Monthly Review Press. STEPHEN R. SHALOM is on the editorial board of New Politics, and the author of Imperial Alibis (South End Press) and Which Side Are You On? An Introduction to Politics (Longman). 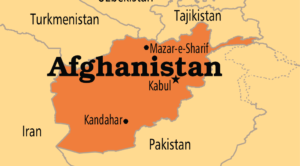 Self-Extinction of Neoliberalism? Don’t Bet on It.

Neoliberalism will not disappear by itself; we need class struggle.

The undying revolutions in the Middle East and North Africa 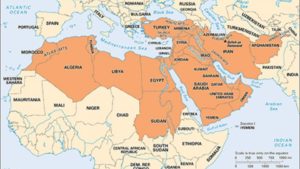 Gilbert Achcar is a Professor of Development Studies and International Relations at SOAS University of London. He is the author of numerous books on the Middle East, including The People Want: A Radical Exploration of the Arab Uprising and Morbid Symptoms: Relapse in the . . .

END_OF_DOCUMENT_TOKEN_TO_BE_REPLACED

On Gutter Journalism and Purported “Anti-Imperialism” 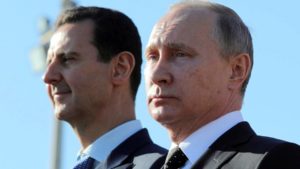 Gutter journalism is unfortunately not the preserve of openly right-wing tabloids. There has existed since the advent of Stalinism a “left-wing” strand of public mudslinging: Zhdanov was the counterpart of Goebbels. The Stalinist slander apparatus originally targeted the USSR’s left-wing . . .

END_OF_DOCUMENT_TOKEN_TO_BE_REPLACED

The War is Far from Being Over in Syria

Gilbert Achcar is Professor of Development Studies at SOAS, University of London, as well as a well-known author focusing on the Middle East and the Arab World. He met with Syrian Corner during Syria Awareness Week 2018. Achcar posits that the Syrian conflict is far from over and that for Bashar al-Assad to establish a new political framework, an accord between the US and Russia is necessary. Achcar says the role of Iran in a future Syria is one of the key issues at stake, and discusses the Turkish war against the PYD, the regional role of Saudi Arabia, the international peace conferences for Syria, the recent demonstrations in Iran, and the new US foreign policy for the Middle East in the interview below.

Towards Progressive Politics in the Middle East

Recent mass movements in Middle Eastern and North African countries, despite their defeats and failures, showed prospects and possibilities of a progressive change or a progressive mass organization in the region.  Fulfillment of these possibilities requires concentrating on attaining a comprehensive, critical knowledge of the region’s social, political, economic and cultural mechanisms and relations. To achieve these initial goals, Problematica has started a series of interviews with progressive or leftist Middle Eastern and North African intellectuals, activist and MENA scholars. In this interview over Skype, we have put some questions to Gilbert Achcar, Marxist intellectual and scholar of Middle East Studies and Professor of Development Studies at SOAS, University of London. He has published in 2013 The People Want: A Radical Exploration of the Arab Uprising. A sequel will be coming out soon under the title of Morbid Symptoms: Relapse in the Arab Uprising.

What Caused the Killings?

Gilbert Achcar is a professor at the School of Oriental and African Studies at the University of London and the author of many books, including Clash of Barbarisms: September 11 and the Making of the New World Disorder, Read more ›

Lebanese Marxist intellectual Gilbert Achcar, author of The People Want (2013), Eastern Cauldron (2004) and The Clash of Barbarisms (2002/2006), says Egypt is at an historical and highly important crossroads in the development of the long-term revolutionary process— stressing the urgency in building leadership and formulating strategies appropriate for change.