Unprecedented numbers have attended Sanders’ rallies, seven million donors have given an average of $27 to his campaign, but Trump has also mobilized enormous numbers of voters, and Clinton has the backing of her party officials, most of the capitalist class, and the undemocratically chosen super-delegates as the races lead to the conventions this summer.

Where has this surprising, exhilarating, and also deeply disturbing, political year come from? We owe this election tension in large measure to the Great Recession of 2008 and to the social movements it engendered: the Tea Party, on the right, and Occupy Wall Street and Black Lives Matter on the left.

The furor on the right, in large part started with the election of a Black man to the presidency, but is also a reaction to the changing demographics of American society. Today Blacks, Latinos, and Asians make up over one third of the American people, a development that is a particular threat to the white supremacy of the Republican Party and is perceived as a threat by much of its base.

White men, many of whom were affected by the economic crises that began in the 1970s and deepened in 2008 have lost both their economic stability and their status due to the attack by neoliberal capitalism and now face competition from the Black, Latino, and Asian parts of the working class, as well as from the increasing proportion of women in the workforce, now 47 percent, as well as feeling threatened by the increasingly visible and confident LGBT population.

This resentful older, white male voter forms the core of Trump’s enraged constituency. We need a progressive political alternative that can speak to the legitimate needs of these men and can win significant sections of them away from Trump and reaction in the name of a program that convincingly assures security and a decent life to all in America.

Trump’s nativist and nationalistic attacks on Mexicans and Muslims, his violent rhetoric, and his misogyny represent the revival of a far right. This is part of a racist rightwing resurgence that is taking place in Europe in reaction to the Syrian refugee crisis and in Latin America as well where the Pink Tide is receding under attack by local elites, foreign economic interests, and, in the shadows, the U.S. State Department.

We on the left are everywhere being challenged to put forward our alternative of socialism as democracy from below.

As always, we try to do that in the current issue of New Politics. Two of our editors, Joanne Landy and Dan La Botz, offer their views on different aspects of this election season, while also on the American scene Juan M. Floyd explores the legacy of welfare reform and David Cochran explains the politics and poetics of jazz legend Mose Allison. Turning to foreign affairs, Jeff Abbott describes the place of Central America in the American empire and Aaron Amaral offers a critical look at the Syriza government in Greece.

Rosa Luxemburg’s defense of democratic rights is well known, but, as Michael Löwy shows, she was also a sharp critic of bourgeois democracy. New Politics editor Nancy Holmstrom examines the many varieties of leftwing feminism, and, continuing our discussion of C.L.R. James from last issue, editor Reginald Wilson remembers his days as managing editor of Correspondence.

We remember Art Lipow and Bogdan Denitch, and Kent Worcester highlights the work of British cartoonist Donald Rooum. And, of course, we present a wide-ranging selection of book reviews.

We hope you enjoy this issue and our website (newpol.org) and we look forward to hearing from you. 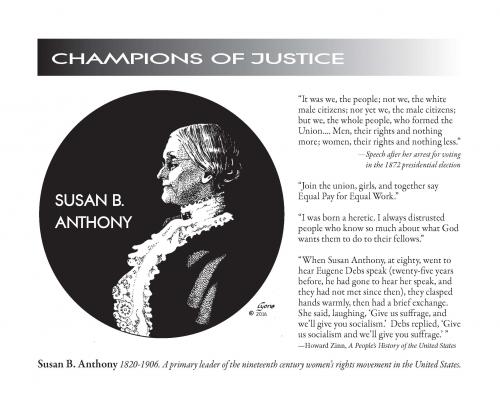