The Democrats Delivered One Thing in the Past 100 Days: Disappointment 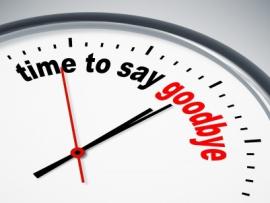 The time has come to bid farewell to a moribund party that lacks imagination, courage and gusto

The distinctive feature of these bleak times is the lack of institutional capacity on the left – the absence of a political party that swings free of Wall Street and speaks to the dire circumstances of poor and working people. As the first 100 days of the plutocratic and militaristic Trump administration draw to a close, one truth has been crystal clear: the Democratic party lacks the vision, discipline and leadership to guide progressives in these turbulent times.

The neoliberal vision of the Democratic party has run its course. The corporate wing has made it clear that the populist wing has little power or place in its future. The discipline of the party is strong on self-preservation and weak on embracing new voices. And party leaders too often revel in self-righteousness and self-pity rather than self-criticism and self-enhancement. The time has come to bid farewell to a moribund party that lacks imagination, courage and gusto.

The 2016 election – which Democrats lost more than Republicans won – was the straw that broke the camel’s back. The unfair treatment of Bernie Sanders was but the peak of the iceberg. In the face of a cardboard Republican candidate equipped with pseudo-populist rhetoric and ugly xenophobic plans, the Democratic party put forward a Wall Street-connected and openly militaristic candidate with little charisma.

The crucial issues of a $15 minimum wage and saying no to fracking, no to TPP, no to Israeli occupation and yes to single-payer healthcare were pushed aside by the corporate wing and the populist wing was told to quit whining or take responsibility for the improbable loss.

The monumental collapse of the Democratic Party – on the federal, state and local levels – has not yielded any serious soul-wrestling or substantive visionary shifts among its leadership. Only the ubiquitous and virtuous Bernie remains true to the idea of fundamental transformation of the party – and even he admits that seeking first-class seats on the Titanic is self-deceptive and self-destructive.

We progressives need new leadership and institutional capacity that provides strong resistance to Trump’s vicious policies, concrete alternatives that matter to ordinary citizens and credible visions that go beyond Wall Street priorities and militaristic policies. And appealing to young people is a good testing ground.

Even as we forge a united front against Trump’s neofascist efforts, we must admit the Democratic Party has failed us and we have to move on. Where? To what? When brother Nick Brana, a former Bernie campaign staffer, told me about the emerging progressive populist or social democratic party – the People’s party – that builds on the ruins of a dying Democratic party and creates new constituencies in this moment of transition and liquidation, I said count me in.

And if a class-conscious multi-racial party attuned to anti-sexist, anti-homophobic and anti-militaristic issues and grounded in ecological commitments can reconfigure our citizenship, maybe our decaying democracy has a chance. And if brother Bernie Sanders decides to join us – with many others, including sister Jill Stein and activists from Black Lives Matter and brown immigrant groups and Standing Rock freedom fighters and betrayed working people – we may build something for the near future after Trump implodes.

This article was originally published in The Guardian.

One comment on “The Democrats Delivered One Thing in the Past 100 Days: Disappointment”