Late May and early June saw the biggest wave of mass rebellion in the United States since the 1960s. Protests erupted in every major city and in all fifty states, demanding an end to racist police brutality. The character of these uprisings has been less like protests and more like rebellions.

A Review of Claudia Rankine’s ‘Citizen, An American Lyric’

Claudia Rankine’s provocative and polyphonic work, Citizen: An American Lyric, has spurred much-needed conversations around race and racism. In the wake of the recent protests following the death of George Floyd at the hands of a Minneapolis police officer, this book finds itself all the more relevant and also unnervingly prescient.

Socialists and the Uprising Against Racism – Sunday, July 5, 4-6 PM (EDT) 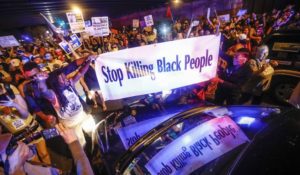 The mass protests in response to the police murder of George Floyd in Minneapolis constitute the biggest popular uprising in the US since the 1960s. Join us for a discussion of the opportunities and challenges that exist for making socialist politics relevant to the new rebellion against racism.

Punched in the Face: Minneapolis Labor and the Fight for #JusticeforGeorgeFloyd

While much of the labor movement in Minneapolis has embedded itself in the city’s struggle against police brutality, union leadership at the national level has shied away from demands that it clean house. 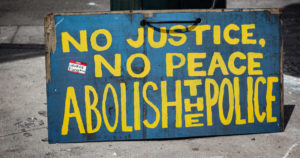 Policing and the wider criminal justice system have a long history as an integral part of capitalism and colonialism. That history informs their continued function of ‘managing’ marginalized communities who might resist the expansion of capital.

As this movement against systemic anti-blackness continues to take shape, it’s really important that we call out this “system” by its name–racial capitalism, which has always functioned through racial domination and class hierarchies, on appropriated land.

Polls show that 80 percent of Americans support the protests that took place in 700 cities in all 50 states and which have fostered in virtually every institution, from public agencies to private businesses, a national discussion about racism.

Ten Days that May Have Changed the World: An Internationalist Perspective 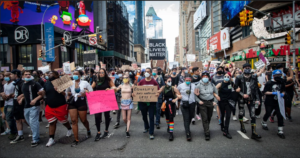 Sparked by the police murder of George Floyd and fueled by Minneapolis authorities’ reluctance to arrest and charge the murderer’s three police accomplices, mass protests have been sweeping across the United States with an intensity not seen since the 1960s. 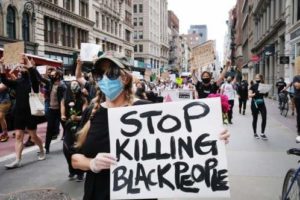 How quickly the government wants us to get back to the status quo where the ruling elite has been looting from the working poor every single day of our lives. 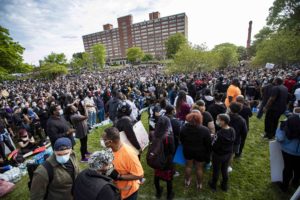 Firing Up the House of Labor to Fight for Racial Justice: Confronting Hard Truths

Defending truths about union democracy and the inseparability of racial and economic justice in our society has shown to be extraordinarily demanding work, yet it is an unavoidable goal if the organized power of the working class is to (help) free the human race. 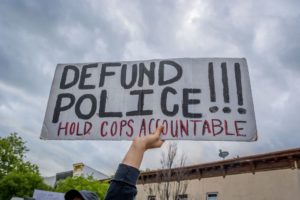 A march came by my house in Brooklyn a few nights ago, a river of thousands of young people of all races, wearing masks because of the pandemic, walking together, shouting out the name of George Floyd, demanding justice. I saw history making its way through the city.