AFT's endorsement of Clinton: An undemocratic decision that should be reversed 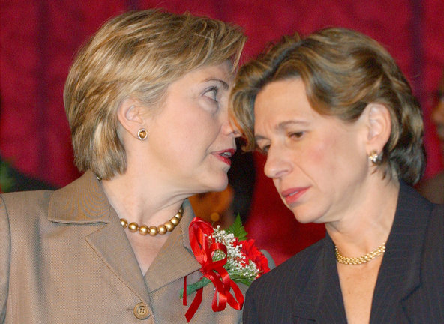 On July 11 the AFT announced its Executive Council “overwhelmingly” endorsed Hillary Clinton for the Democratic nomination for President.  It did so, the official announcement reported, on the basis of interviews (not released to members) and the results of a poll. This is a terribly wrong decision for the union. Members should demand the Executive Council rescind it, replacing this hierarchical, premature decision with a totally different process: a referendum of members that follows and is informed by debate in union outlets.  Every local should be charged by the Executive Council with providing space and place for members to air their opinions. The national union should encourage use of its magazine and website for this debate.  In this discussion the leadership will have the opportunity to persuade members that endorsing Clinton is the wisest choice but it will be obligated to carry out the will of the membership as expressed in the referendum.

What is most destructive in AFT’s endorsement of Hillary Clinton is that it has disempowered members at the historical moment when we most need revitalized teachers unions to save public education and its critical function in a society that identifies itself as democratic. The questions and answers about the process offer few specifics except that the national union conducted polls of members and interviews with (some) candidates. According to the union, the Executive Council endorsement was made based on this information, though people who know Washington politics have been aware for many years of the public love fest between AFT President Weingarten and Clinton. The process of seeking member opinion was an embarrassingly transparent cover for Weingarten’s longstanding decision that Clinton would be the AFT’s candidate.

Not all Executive Council members approved the endorsement, though how individuals voted has not been revealed to members as it should be. While Weingarten holds much responsibility for handling this endorsement as if it were hers to make, the Executive Council members are equally responsible. Those who voted for the endorsement voted on behalf of members without having consulted their own constituencies, let alone the national union membership. They should also be called to account for their shamefully undemocratic action.

On the blogosphere Bernie Sanders’ teacher supporters are probably the most outraged by AFT’s endorsement of Clinton.  They understand that Clinton endorses the bipartisan policies that have deprofessionalized teaching and made public education a profit-center for transnational corporations. Sanders’ supporters are working for a candidate they believe will fight for progressive policies the union should (but does not) endorse. They are right about Sanders being a Left alternative to Clinton, and that we very much need politicians to push hard against privatization and testing, as well as defending labor, the environment, and progressive economic policies. While Sanders is far better than Clinton, I question whether supporting any Democrat is going to be sufficient to save public education.

Still, even those who think the AFT is right to support Clinton should be disturbed by this endorsement because it undercuts the union’s power, regardless of which candidate we endorse. A fully democratic endorsement process would truly inform and mobilize members, strengthening the union nationally and locally, making us stronger in the election and beyond.  Weingarten and too many members think we can rely on cozy personal relationships with politicians and "access" to powerful elites to defend our schools, our jobs, and democracy.  We can’t. Only an educated, active membership that understands the profound crisis public education faces is going to be able to turn back our opponents – who include Hillary Clinton and her Wall Street supporters.

Another reason US teacher union members need vigorous, thoughtful debate followed by a referendum about whom to endorse in this coming presidential election because the endorsement’s impact extends well beyond the US. Washington in effect sets education policy in international finance organizations, like the World Bank, and teachers and students elsewhere are seeing public education systems dismantled with astounding rapidity and violence.  We have a moral and political obligation to our students, our profession, our communities, and our colleagues in the rest of the world to insist that AFT Executive Council members stand up for a different kind of unionism. To have teachers unions that can fight – and win – we need members to understand that they make policy. The union is theirs.

A version of this article appears in The Jacobin.

Posted July 13, 2015 Education, Electoral Politics, Teacher unions by newpolitics
About Author
LOIS WEINER writes widely about education, labor, and politics, specializing in teacher unionism. Her new book looks at lessons for the Left  in capitalism's alteration of work and education, and how teachers and their unions can resist with support to and of movements for social justice.

2 comments on “AFT's endorsement of Clinton: An undemocratic decision that should be reversed”