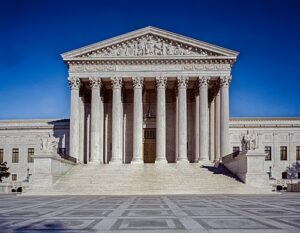 Earlier this month, the U.S. Supreme Court overruled President Joseph Biden’s plan to mandate vaccinations for American workers employed by private businesses. It was an extraordinarily irrational and reactionary ruling by one of the most undemocratic and authoritarian institutions of our society, one that puts the power of capital ahead of the health of workers.

The mandate for private business was one of two prongs of Biden’s plan to end the pandemic among workers. The Centers for Medicare and Medicaid Services mandated vaccination for nearly all employees of hospitals, nursing homes and other health care providers that receive federal funds. Though the most conservative justices opposed it, Supreme Court majority let that mandate stand, and it will protect the health of most of the country’s 22 million health care workers.

The U.S. Occupational Safety and Health Administration (OSHA) also mandated that in all businesses with over 100 workers, employees who worked indoors had to be vaccinated or tested regularly, which would have protected an estimated 84 million workers. The court struck this down.

OSHA, an agency that exists to protect workers health, was established by Congress in 1971 after a long fight by labor unions and public health activists to establish it. Congress gave OSHA, among other responsibilities, the power, when workers faced “grave danger from exposure to substances or agents determined to be toxic or physically harmful or from new hazards,” to establish emergency standards to protect them. Clearly the COVID virus represents exactly such a grave danger, one that has taken the lives of thousands of workers, not only in health care but also in meat processing plants, restaurants, grocery stores, and other workplaces. As I am writing this, COVID has killed about 850,000 Americans and is still killing them at a rate of nearly 2,000 per day, and many got sick at work.

The Supreme Court voted along ideological lines six to three to overturn the OSHA mandate for private business, arguing that OSHA did not have the authority to mandate vaccination. Two of the central arguments were these: First, COVID exists not only in the workplace but everywhere in society as a “day-to-day danger,” so it is a public health issue nor a workplace issue. Of course, that is also true of other OSHA standards such as those regarding protection from fires or dangerous chemicals found in many communities. Second, the conservative justices argued that a vaccination cannot be undone at the end of a workday and therefore it affects workers outside of the workplace. OSHA’s standard, however, did not require vaccination, but provided the alterative of regular testing. And, of course, there were exceptions for religious objections and those with particular health issues.

Clearly the court’s conservative majority’s underlying ideological objection is to the federal government’s intervention in the affairs of private business. Concerns with workers’ health should not interfere with the sanctity of capital.

Yet many U.S. corporations in various sectors have already mandated vaccination for their workers and most labor unions, despite some initial resistance, have come to support and even advocate vaccination. The American public by and large now supports getting the jab.

The Supreme Court is one of the most undemocratic institutions of our government. The sitting U.S. president nominates the justices who must be confirmed by a simple majority in the Senate. Former President Donald Trump nominated three, creating a much more rightwing court. They then sit on the bench until they quit or die and they can only be removed by impeachment and none has ever been convicted. The far left in the U.S. has long called for the court’s abolition.

The court’s decision is part of a growing authoritarian and anti-worker political tendency, one that is growing and must be resisted.

Posted January 18, 2022 Uncategorized, United States by Dan La Botz
About Author
DAN LA BOTZ is a Brooklyn-based teacher, writer and activist. He is a co-editor of New Politics.