The Storm Is Now Upon Us 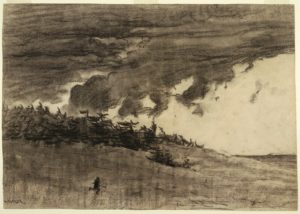 Like the front edge of a furious storm, the coronavirus pandemic has reached and begun to ravage the United States, which now has the largest number of cases in the world.

In the United States there are now 124,686 cases and some 2,133 deaths. The New York region is at the center with 30,765 cases, 6,287 hospitalizations, and 672 deaths (as of March 28). But only the sickest are being tested so the real number of cases is likely higher. New York will soon have more cases than either than Wuhan or Lombardy.

Coronavirus has spread to all states with large outbreaks in the cities of New York, Detroit, Chicago, New Orleans, the Bay Area, Los Angeles, Atlanta, and Miami. Throughout the nation there is a shortage of hospital beds, intensive care units, and of gowns, masks, respirators, and the life-saving ventilators. Health workers who are most in danger—doctors, nurses, all other hospital workers, and paramedics who drive the ambulances—have suffered illness and deaths and live in fear while working.

Federal and state governments have told over 158 million (out of a total of 200 million workers) to stay home. Professionals and technical workers, professors and teachers, continue to be paid and work from home. But many essential employees must go to work in health care, elder care and child care, pharmacies, groceries, warehouse and transport, airports, police and firefighters, energy systems, garbage collectors, telephone and internet services, and some essential manufacturing and construction. All who continue to work are more likely to be exposed to the disease.

Millions of workers have been laid off and filed for unemployment, the largest number in U.S. history. State unemployment and the federal payments will help many, but others have no income. Many undocumented domestic workers, for example, have run out of money already.

In response to the health crisis and the recession, Congress passed and Trump signed a $2 trillion relief package that provides billions for hospitals, small businesses and corporations, and limited relief for workers. There is a one-time direct payment of $1,200 per adult making up to $75,000 a year, with $500 payments per child. The law also expands unemployment insurance by an additional $600 per week for four months.

Demanding that their employers either shut down their businesses or make them safe, workers have struck at Amazon warehouses, at a chicken processing plant, at grocery warehouses, and at a fast food restaurant. Autoworkers engaged in wildcat strikes forcing the companies to close the plants. Pittsburgh sanitation workers walked off the job in protest. New York City construction workers forced the shutdown of non-essential construction. And the city’s teachers pressured the union and the city to close the schools. Nurses have raised protests about lack of personal protective equipment. Hundreds of local mutual aids groups have formed across the country helping the elderly and the disabled.

The Democratic Socialists of America had been deeply involved in the Bernie Sanders campaign in the Democratic Party primary, but Joe Biden is far ahead, and the pandemic has made that work difficult. The primary theoretically still goes on, but receives little attention. Bernie Sanders fought nobly in the Senate to improve the relief package, but Biden has practically disappeared. President Donald Trump dominates the news, using every coronavirus press conference to also campaign for reelection.

DSA organizes some workplace and union protests, engages in mutual aid, and criticizes the profit system’s role in health care. We demand Medicare for all, but also raise the nationalization of industries from the hospitals to the airlines. We argue for socialism. While these ideas are all important, they may not get a hearing when unemployment and the rent, sickness and death command our attention. We need to develop a strategy together.

Posted March 29, 2020 Uncategorized by Dan La Botz
About Author
DAN LA BOTZ is a Brooklyn-based teacher, writer and activist. He is a co-editor of New Politics.