In solidarity with Oaxaca's teachers 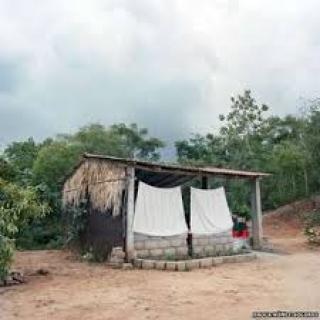 Mary Compton, who edits the informative and unique website www.teachersolidarity.com, tracking struggles globally to defend public education, teaching, and teachers unions, gives us a strikingly different – and more hopeful – take on Oaxaca and teacher unionism in Mexico than a recent New Politics blog.  Compton’s analysis is informed by first-hand contact with union activists throughout the global South, including Mexico, as well as work of respected Mexican activist/scholars like Hugo Aboites, Professor of Education at the Autonomous Metropolitan University in the City of México (UACM), who in  May 2014, was elected Rector of UACM for the period of 2014-2018. Aboites has been tracking the neoliberal project in Mexican education for decades.  Compton’s  23 August 2015 blog  about Oaxaca is reprinted below. I should add that Oaxaca’s teachers are fighting against policies pushed by the World Bank in all of Latin America, including the wholesale firing of the teaching force. A critique Mary and I have written of this World Bank document, Great Teachers, will appear shortly. (Pictured here is a school in Oaxaca.)

The democratic teachers of Oaxaca in Mexico are continuing their determined defence of public education, and defying the provocations of the state. As we reported last month, the government of Pena Nieto has moved thousands of security forces into Oaxaca, in an effort to defeat the teachers, who have proved themselves both to be determined fighters against the efforts to privatise and standardise education, as well as world leaders in the development of indigenous and bilingual education.

The government and the right wing media in Mexico and the US have framed Nieto's actions as, in the words of the Wall Street Journal: 'the most important part of President Enrique Peña Nieto’s agenda to raise Mexico’s long-term living standards.' In fact it is part of a determined campaign by neoliberal 'reformers' in the country to destroy democratic education and the possibility of harnessing the power of education to develop critical thinking and resistance to the onslaught of capital. At the same time, the reforms will divert much of the public money used to finance education into private hands, while forcing parents to take more responsibility for funding their children's schools.The abduction of the 43 student teachers in neighbouring Guerrero state almost a year ago, was the most extreme manifestation of these policies.

The government's attempts at provocation in Oaxaca have so far failed however. They were planning to fire Oaxaca teachers who struck at the beginning of the school year this week, so instead the teachers have started the new year early. At the same time, they plan to continue peaceful civil disobedience to the demands of education reform, as they continue to promote democratic and critical education.

The teachers union, the CNTE, in other states as well, is meanwhile undertaking programmes of meetings with parents and communities to let them know exactly what Nieto's reforms  will mean to them, not least in increasing demands for money. They also point out the pitiable state of many Mexican public schools, particularly in rural areas, as education budgets are cut. The campaign will be accompanied by protests in many towns, against the 'reforms' and for the return of the 43 missing student teachers from Ayotzinapa.

The teachers of Oaxaca have always been an inspiration to teachers globally who are resisting corporate education reform. The tactic which they are now employing, of simply carrying on with their vision of education in defiance of the new orders will be watched with interest by us all. It brings to mind the words of the arch education 'reformer' Michael Barber, chief education adviser to Pearson, who wrote of UK teachers who were resistant to one of his dictatorial reform efforts, at a time when he was a government adviser: 'what if in spite of all the training that had already taken place, the primary teachers of England just carried on doing what they'd always done? What would government do then? How powerless would I (sic) be? To be ignored: surely a worse fate than to be resisted.'

Posted August 23, 2015 Education by newpolitics
About Author
LOIS WEINER writes widely about education, labor, and politics, specializing in teacher unionism. Her new book looks at lessons for the Left  in capitalism's alteration of work and education, and how teachers and their unions can resist with support to and of movements for social justice.