On the Puerto Rican Debt Crisis: A Reply to Krugman 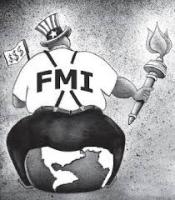 Paul Krugman’s analysis of the Puerto Rican debt crisis has subtle problems, but with big policy implications. Overall, his piece hits key points that other economists continue to miss: 1) Puerto Rico’s fiscal crisis is closely related to its economic depression, 2) the government patched up the problem with borrowing, instead of going to the root of it, 3) Puerto Rico’s low rate of labor force participation is not necessarily a result of welfare, 4) the situation is exacerbated by the Jones Act, 5) too much austerity can be self-defeating, and 6) it would be a terrible idea to give the hedge funds what they want (destroying the island’s education system in the name of fiscal responsibility). All of these points demonstrate Krugman understands the Puerto Rican case better than many Puerto Rican policy makers and economists. However, the subtle problems in his piece should be further discussed.

First, the idea that the island was doing well as a manufacturing center is not necessarily true. GDP Per Capita might have grown, but the fact most manufacturing profits were repatriated to the US, led to GNI Per Capita growth being much less impressive. Furthermore, poverty and inequality have remained historically high, even during the manufacturing “boom.” Research focusing on the linkages between US manufacturing capital and the Puerto Rican economy suggest the latter actually benefited relatively little from this period. Second, the idea that Puerto Rico is simply “in the wrong place at the wrong time” is a pat in the back for the government, as it suggests there was little they could actually do. On the contrary, economists within and outside Puerto Rico have been arguing in favor of alternative development strategies that take into account the new conditions in the world economy for decades. The problem was not that the government was slow to adjust, as Krugman suggests. The problem was that the government did not adjust at all.

Third, the idea that Puerto Rico’s colonial situation is somehow a blessing, where the only tradeoff is a high minimum wage, is particularly off the mark. Puerto Rico’s economic history since the U.S invasion in 1898 is a history of economic obstacles sent down to the colony from the metropolis (see for example the classic “Economic History of Puerto Rico” by James Dietz). Again, we should avoid relieving the Puerto Rican government of its role in the crisis; but the role of the U.S. should also be emphasized. While it is true the poorest Puerto Ricans benefit from the federal safety net, this does cancel out the US government’s role in the historical political and economic crisis of Puerto Rican colonialism. Finally, Puerto Rico is much more than a collective of U.S citizens who happen to live on a Caribbean island, which can be simply transferred to the mainland if the island is not working out, as Krugman suggests. Puerto Rico is a collective of communities with a historical, geographical, and economic link to this particular island. “Pack up and leave your home” cannot be the main policy recommendation.

*Ricardo R. Fuentes Ramírez is Adjunct Professor of Economics at the University of Puerto Rico-Mayaguez and Staff Economist in the League of Political Economy of Puerto Rico.

One comment on “On the Puerto Rican Debt Crisis: A Reply to Krugman”