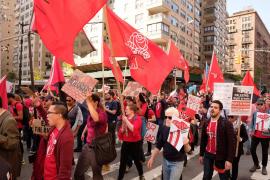 I appreciate Dan La Botz' well-reasoned article, but do not agree with his conclusion.

As usual, Dan's argument is judicious and clear, courteous to other points of view. Such civility is essential to maintaining the health and vitality of a diverse big tent organization like the Democratic Socialist of America (DSA).

Those of us like Dan who have spent many decades in Left political organizations have adopted our core political ideas from diverse philosophical and life experiences. We however share a commitment to building a global democratic socialist movement based on the working class majority. The differences are chiefly tactical.

Today we democratic socialists face great challenges, but at the same time are confronted with rare historical opportunities.  A large fraction of U.S. residents, concentrated in the Millennial generation, are open to democratic socialist ideas, and many seem willing to commit themselves to long-term political struggle.

DSA is therefore growing rapidly, and is attracting attention in progressive circles and media. Dan correctly identifies the possibility that aspiring progressive politicians may court DSA endorsement and/or even take out a membership card, without a genuine commitment to the full range of democratic socialist values.

I would argue the flip side. DSA's decision (not an uncontested one!) to support the Bernie Sanders campaign in the Democratic primaries was eventually responsible for laying a foundation for this surge in membership. Sanders was not, and is unlikely to become, a member of DSA; his version of "democratic socialism" is close to Nordic social democracy; and he would never submit to DSA "discipline." Alexandria Ocasio-Cortez, whose primary victory was supported by and very useful to building DSA, is of course using Justice Democrats and Sanders to project herself nationally to support other progressive insurgents.

To be provocative, Sanders and Ocasio-Cortez illustrate the most promising scenario that will help DSA build a much stronger and more diverse democratic socialist movement, including embedding that movement and winning more allies and recruits from the broader progressive movement. I think that those like Dan who argue that the current Democratic Party leadership cannot or will not be able to accommodate that surge are correct. But in order to create the "dirty break" needed to supplant the Democratic Party in the two-party system with a real Left alternative based on the diverse working class – with DSA as a core component – we have to decisively defeat that DP leadership. Nixon's challenge to Cuomo, even if defeated, forms part of that tactic.

Paul Garver is a retired union official and a longtime DSA member.