A New Politics in America – Part 5 – The Obama Years 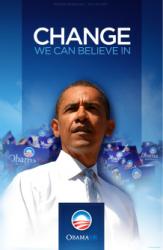 This is Part 5 of A New Politics in America. Part 4 and links to earlier parts can be found here.

If American politics have changed in the 2010s, however, it is in large measure due to disappointment in the Obama presidency. Many Americans thought in 2008 that they had elected a progressive, but they soon found out that the new president was nothing of the kind.

President Barack Obama was elected on his slogans of “Hope” and “Change” by voters who believed that he would end the economic recession, withdraw the United States from the wars in Afghanistan and Iraq, do something to help the labor unions, deal fairly with the immigration issue, and confront the environmental crisis. Almost eight years later it is clear that he either could not or would not do those things because he was, rhetoric aside, a centrist corporate Democrat whose first allegiance was to the political establishment, high finance and big business. His search for compromise with Republicans in Congress cost him his majority in the House and led to the paralysis of his administration. Disappointment in his presidency would lead more people to move away from the center, moving either toward the right or toward the left.

When Republican George W. Bush handed off the Great Recession to Democrat Obama, there was fundamental continuity in policy. Above all, both believed the banks must be saved. Both shared the view that the banks were “too big to fail,” and used the taxpayers’ money to save them while at the same time failing to provide adequate assistance to those who lost homes or to provide jobs to the unemployed. Obama’s economic stimulus, as liberal economist Paul Krugman argued for months, proved to be far less than needed to quickly revive the economy that continued in recession for years, a recession that for many hasn’t ended yet.

Conservatives called Obama a socialist, but there was nothing socialist about his capitalist health plan. Obama’s principal program, the Affordable Care Act or Obamacare as it came to be called, was written by the insurance, health care, and pharmaceutical corporations, and it didn’t create universal coverage but forced Americans to buy private insurance that was often too expensive and frequently inadequate. As the New York Times wrote at the time, “The health insurers are the most direct beneficiaries of the law.”[i] A columnist for Forbes wrote an article the title of which told all: “Obama care enriches only the health insurance giants and their shareholders.” While nine million previously uninsured people did get health insurance, some 33 million—about ten percent of the population—were still left without it.

Similarly, Obama’s education program didn’t fight to protect and improve public schools, but undermined teachers unions and encouraged private charter schools. As educator Lois Weiner wrote back in 2009, "Obama is pushing for the states to increase the number of charter schools and decrease regulations on how they operate." Education Secretary Arnie Duncan and Obama Chief-of-Staff and later Chicago Mayor Rahm Emanuel took the lead in fighting teachers’ unions and parents to impose testing programs that could be used to close public schools and fire teachers. While there is no hard evidence that the total number of public schools has declined, the number of charter schools has grown, now reaching 6,500 enrolling some 2.5 million children. But, as Dianne Ravitch has argued, since 2,500 charter schools have also closed for financial or academic reasons, it’s hard to argue that they represent any sort of improvement. School closings of both public schools or charter schools created instability, undermined public education, weakened teachers’ unions, and distrupted students’ education. Obama trampled on the teachers and their unions, the very organizations that had formed the foot soldiers of his voting base and of his political success.

Hopes for comprehensive immigration reform also evaporated. Obama’s program turned out to be comprehensive deportation. The Obama administration deported more immigrants than any of his predecessors, expelling 438,421 in the peak year of 2013. The administration supposedly carried out a policy shift in 2015, intended to integrate immigrants rather than deport them, though by December of 2015 Latino immigrant groups around the country were protesting a new wave of holiday season deportations aimed principally at Central Americans. The Obama administration acted aggressively as recently as 2015 to deport undocumented immigrants to the United States, expelling some 235,413. While those deported came from 181 countries, the largest numbers came from Latin American countries and principally from Mexico which had 146,132 of its citizens removed from the United States. Many of those returned to Mexico find it difficult to reestablish themselves, and some children and adolescents may not know the country or speak the language. A study by the Mexican Secretary of the Interior (Gobernación) describes the returnees as stigmatized as “failures and delinquents” and often face problems of health, employment, and education, reports La Jornada, the Mexico City daily.

Obama’s key trade program, the Trans-Pacific Partnership (TPP), is a bigger, broader version of the North American Free Trade Agreement (NAFTA) of 1994 between Canada, Mexico and the United States, but this time with 11 other countries–Australia, Brunei, Canada, Chile, Japan, Malaysia, Mexico, New Zealand, Peru, Singapore, and Vietnam—and it will surely have many of the same results. As Public Citizen has argued, TPP will lead to more off-shoring, lower wages, and a weakening of environmental and health standards. Obama’s TPP represents the program of the financial and corporate giants, not the interests of working people.

The idea that unions might win a law permitting card-check elections or some other sort of labor law reform also disappeared. Such a change was only possible during the first two years of Obama’s administration when the Democrats had a majority in Congress, but on the labor reform issue, as on so many others, Obama failed to strike while the iron was hot. Republicans took advantage of the situation, going on the offensive in the states, rolling back the unions’ gains of earlier years, eliminating the agency shop for public employees in several states and the union shop for private sector employees in a few. West Virginia passed a right-to-work law in 2016, the twenty-sixth state to do so, joining Midwestern states such as Wisconsin, Michigan, and Indiana where such a development was unthinkable only a few years before.[ii] With Obama in power, the American labor unions not only continued to decline but also experienced a qualitative loss of economic and political power. Union membership today is 11.1 percent, but only 6.7 percent in the private sector.

Obama’s election as the first Black president was understandably a source of great pride for the African American community—he won 96 percent of the Black vote in both elections and generally has an approval rating of 80 percent among the Black population. But a number of Black leaders have argued through his presidency that he has failed the Black community in terms of both economic issues and racial justice. In 2013, Benjamin Jealous, head of the NAACP, told Meet the Press that Black people were no better off under Obama, and in fact they were doing worse. Tavis Smiley, the radio and TV talk show host, argued in 2014 that during Obama’s presidency Black’s had “lost ground.” Prof. Cornel West, the most radical and outspoken of Obama’s Black critics, told Salon, “He posed as a progressive and turned out to be counterfeit. We ended up with a Wall Street presidency, a drone presidency.” He is right. Under Obama, the wealth gap between whites and Blacks has increased, and the president put forward no initiatives to deal with the problem. African-Americans, however, still largely see no alternative to supporting the Democratic Party and most, so far, have voted for Hillary Clinton, rather than Bernie Sanders, in the 2016 Democratic presidential primaries.

Finally, Obama’s foreign policy—continuing a U.S. role in Afghanistan and Iraq while claiming to have ended the wars—represents a continuation of America’s bipartisan, imperial foreign policy throughout the twentieth century. While George W. Bush’s Iraq War must be held largely responsible for the rise of ISIS and the wars today in Iraq in Syria, Obama’s failure to withdraw U.S. troops from the region has continued to fuel the anti-Western movements, some of them terrorists. Under Obama, the United States, though its economic superiority has diminished, continues to attempt to maintain its position as the dominant military power in the world. Obama’s strategy, now the strategy of the U.S. Pentagon, has been to create a military that is “smaller and leaner, agile, flexible, ready, and technologically advanced.” The most notorious example of this approach is Obama’s use of drones, ostensibly to kill terrorists in Afghanistan or Pakistan, but killing civilian non-combatants 90 percent of the time according to one report.

Democratic Party voters had either been deceived or deceived themselves—for surely Obama was neither a liberal nor a progressive—and their disappointment with his pro-business record has been a major contributor to the current political mood. His failure to pursue a progressive agenda has helped to create the conditions for a new politics on the left. Many young people who previously supported Obama, reject Hillary, and have turned to Bernie Sanders. Yet, while Obama disappointed liberals, progressives, and the left, he was for conservatives virtually the anti-Christ.

Posted March 18, 2016 Electoral Politics, United States by Dan La Botz
About Author
DAN LA BOTZ is a Brooklyn-based teacher, writer and activist. He is a co-editor of New Politics.