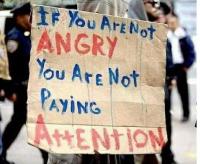 Union City, NJ had a brief minute in the sun as the liberals’ example of good school reform. But David Kirp’s analysis of the Union City, NJ schools and the acclaim given to Kirp’s book by liberal pundits, like Rick Kahlenberg, illustrate why liberals end up  wrong about education so much.  They yearn to believe we can have good schools in a society that is unequal and unjust by giving schools more money (which we need, for sure) without dealing with social inequality, in particular racism’s pervasive effects.  They don’t want to admit that a key factor in depressed academic achievement is segregation, which permeates society and pervades education at all levels.

Union City is overwhelmingly Hispanic, as Kirp and Kahlenberg both note. Kirp’s analysis of why this demographic factor is important is on-target. However, both take the demographic for granted without questioning why the community is almost entirely a Hispanic enclave.  Had they inquired they would have learned that Whites have moved outward in Bergen County. Until the 1950s, Union City was European-American (mostly Italian-American) and people of color were excluded in the ways they generally are: racial covenants in housing; steering by real estate agents; people selling by word-of-mouth to others like them.  Cubans broke the “color line” in the 1950s and other Hispanics followed. Blacks are still kept out though increasing numbers of Arabs are moving into the community. Blacks who wish to live in Hudson County go to Jersey City or West New York.  Bayonne, previously all-white, is now more integrated, due in good part to persistent suits by the NAACP about segregation in housing and discrimination in public employment.

Most teachers in Union City are White, as is the Democratic machine that runs Union City. To obtain or keep their jobs teachers have to buy tickets for fund-raising dinners hosted by politicians. (I had one student teacher who didn’t understand when she was told that to be hired she had to buy a $500 ticket “to the party.” “What party do they mean?” she asked me. “I’m a Puerto Rican girl and never went to a party that cost $500!')  In many instances, the politicians are school officials.  Even if the school officials do not run for office, they get and keep their jobs by keeping the political bosses happy. Parents, almost all recent immigrants, often work two and three jobs. Many do not speak English and rarely become involved in school issues; and being unfamiliar with US society they generally accept what teachers and school officials tell them.

Kirp states that teachers in Union City have a strong union. This is important to his argument, which is that we don’t have to buy neoliberal teacher-bashing and destroy teachers unions to raise standardized test scores.  However, Kirp is mistaken that Union City has a strong teachers union.  Its union is tired and timid, as is the state union, the NJEA.  Union City’s teachers are afraid they’ll lose their jobs if they speak up about issues that concern them, and though they grumble privately about the relatively low wages, they fear making a fuss about anything. They don’t speak up when a new curriculum is imposed without adequate professional development. They don’t even speak up about their wages, which are considerably less than what their peers earn in neighboring Jersey City. They fear, probably correctly, that their union won’t protect them. I have an inkling they remain in Union City because it is cozy, socially homogeneous, and non-threatening.

Union City and the other districts in New Jersey with the highest proportion of poor, minority students receive significant state funding that was won through lawsuits and tireless work by the Education Law Center. Though the courts have repeatedly upheld the funding, it has been whittled away by both Republicans and Democrats. The funding has made a significant difference in how kids in these low-wealth mostly urban districts are educated.  They have computers in classrooms, books, and buildings that are maintained far better than they were before the state court required equalized funding.  But we have to acknowledge that the increased funding is not by itself going to compensate for the harm done by having racially segregated schools. The problems are deeper and the solutions must be too. We have to start by naming the problem: racism.  Liberals don’t want to do that.

Posted December 17, 2013 Education by newpolitics
About Author
LOIS WEINER writes widely about education, labor, and politics, specializing in teacher unionism. Her new book looks at lessons for the Left  in capitalism's alteration of work and education, and how teachers and their unions can resist with support to and of movements for social justice.