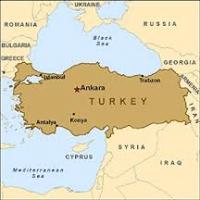 END_OF_DOCUMENT_TOKEN_TO_BE_REPLACED

A Discussion of the Sanders Campaign

The Bernie Sanders campaign in the Democratic Party has attracted the support of millions, raised an economic reform program such as we have not seen in decades, and has led to a national discussion about the nature of socialism. At the same time, he has ceased to be an independent, has joined the Democratic Party, and has promised to support its nominee, in all likelihood Hillary Clinton. This has led to much discussion and debate on the left. New Politics has solicited two articles from different points of view on the Sanders campaign, one by our co-editor Jason Schulman and the other by Lance Selfa and Ashley Smith of the International Socialist Organization. 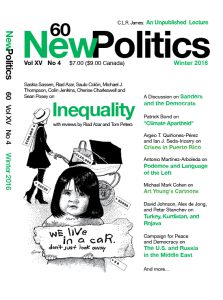 From the Editors
Washington and Moscow: Halt the Bombing and Stop Supporting Dictators In the Middle East!, Campaign For Peace and Democracy
A Discussion of the Sanders Campaign

Bernie Sanders and the Dilemma of the Democratic “Party,” Jason Schulman
The . . .