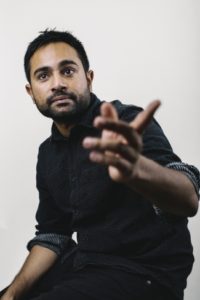 Peter Dreier’s vicious attack on Bhaskar Sunkara in The Nation is an embarrassment to that publication. The Nation editors should be ashamed of having allowed Dreier to lambast the editor of Jacobin in such a venomous piece because Sunkara said he would vote for presidential candidate Howie Hawkins of the Green Party in New York, a “safe state” that will go overwhelmingly for the Democratic Party candidate for president.

In an outburst of bile Dreier wrote that “Sunkara’s stance is self-indulgent—an individual act of virtue signaling rather than part of a collective movement for justice. At its worst, it is a reflection of what one can only view as indifference to real human suffering.”

Is Dreier so out of touch that he can attribute an individualistic moralism to the person who has built the most important collective voice of the left of his generation? Is Dreier so obtuse that he attributes “an indifference to human suffering” to the publisher and chief editor of the most successful journal on the left today, a publication that relentlessly speaks truth to power and supports the country’s and the world’s underdogs?

Sunkara’s Jacobin has grown up and come of age with Bernie Sanders’ two campaigns and with the astonishing growth of DSA from 5,000 mostly nominal members to 60,000 young, active members. Many Jacobin writers supported Sanders’ campaign and aligned with those in DSA who said they would not endorse the neoliberal Democrat Joseph Biden. Most DSA members, though they work in the Democratic Party, aim over time to build a new independent political party to the left of the Democrats, so it is not surprising that the Jacobin editor would support a socialist candidate in the Green Party like Hawkins. Nor is it likely to have the disastrous effects that Dreier foresees.

Sunkara, who is also on the editorial board of New Politics, wrote that he would vote for Hawkins, but he didn’t even suggest that others should. His comment directed to his politically sophisticated Twitter followers, many of them Jacobin readers and DSA members, forms part of the broader discussion of not endorsing Biden, which doesn’t mean that many won’t vote for him. While Sunkara is influential, his admirers are not all fools or blind followers, as Dreier’s diatribe would suggest. Some will agree. some won’t. They’ll consider his remark and they’ll act as they think right.

Voting for many of us—even those of us who feel it is most important to defeat Trump—is not the only task of the left. As Sunkara wrote quite correctly in my view, “No matter what your individual choice is in November, the political act is to organize on issues like Medicare for All, build orgs, and back downballot candidates supporting the Bernie agenda.” This is the view of most of us in DSA.

In making such a nasty attack on Sunkara, and then dismissing him so condescendingly—“Sunkara may be a young radical, but he’s old enough to know better.”—Dreier has no doubt alienated many of the most active members of the new generation of leftist activist.

2 comments on “In Defense of Bhaskar Sunkara of Jacobin”