How teachers unions should respond to the PISA test results 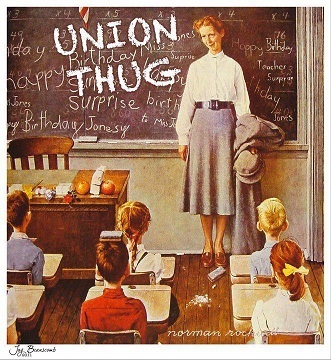 How should we respond to the barrage of propaganda about the latest international test of student achievement, PISA? Test data are (once again) being used to  show that US schools are failing. Randi Weingarten, President of AFT, has been crowing on Twitter that PISA supports the contention that US Ed Department policies aren’t working. In contrast, the NEA notes that “Exaggerating the significance of the PISA results unfortunately feeds the agenda of proponents of market-based 'reforms'." NEA explains that the findings are complex and of limited use.

What both unions should be saying is data from international comparisons of student achievement serves primarily to buttress ideological arguments of the wealthy and powerful who want education to suit their purposes.  Last year Richard Rothstein and Martin Carnoy explained how release of the findings from the large-scale PISA study were manipulated by the US government and international organizations (OECD) to hype claims that these test scores “portend an economic disaster for the United States.” (It’s interesting that NEA, which is not a member of the AFL-CIO, highlights work Rothstein and Carnoy did for the labor-supported Economic Policy Institute while AFL-CIO affiliate AFT does not.)

The vision for schools (and society) underlying these international comparisons ignores the needs and desires of communities who want schools to encourage social cohesion and democratic development and promote cultural hegemony, as Kuehn explains elsewhere.  AFT’s website with information about PISA has a link to a video “Why education in Singapore works.”  “Works” how? As Human Rights Watch reports, the Singapore government continues “to sharply restrict basic rights to free expression, peaceful assembly, and association.”   A school system that “works” in my political lexicon supports human emancipation.  Singapore is no model for me – nor should it be for teachers unions.

We can’t use the tests for our ends, as AFT (and the international confederation of teachers unions, the EI, (Education International) are trying to do. “‘There is much policy insight in PISA 2012 which I welcome,' says EI General Secretary Fred van Leeuwen.”  Wrong, Fred. The “policy insights” you like are completely undercut by the assumptions of this global project to use education to increase profits which the tests reinforce.  The social movement we need to build has to be based on a contradictory vision, suggested in this posting by the President of the California Federation of Teachers. We should reject these international tests because they are based on premises that are politically wrong, pedagogically unsound, and morally reprehensible.  It’s up to teachers who believe in this alternative vision of democracy, peace, and social justice to fight for it in their unions, throughout the world.

I invite reader responses, either to New Politics as a blog or to me directly at drweinerlo@gmail.com.  Is there a subject you want me to tackle? Let me know. And you can follow my thoughts on teaching, schools, and education on twitter , Facebook, as well as my blog here at New Politics.

Posted December 4, 2013 Teacher unions by Lois Weiner
About Author
LOIS WEINER, a member of the  New Politics editorial board, writes widely about education, labor, and politics, specializing in teacher unionism. She is currently researching the challenges for teachers unions in the political and economic terrain since 2016.