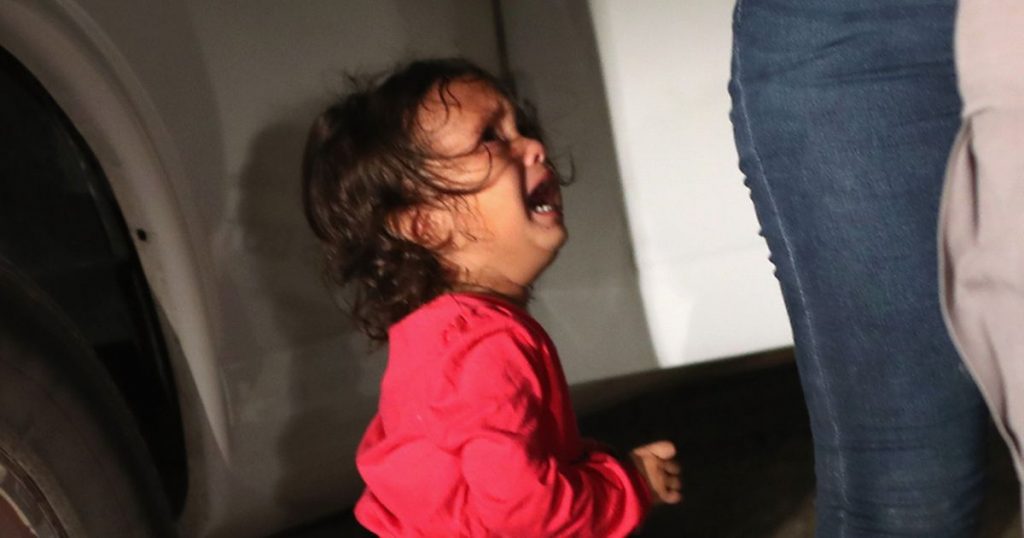 2,342 refugee and migrant children were kidnapped at the hands of the state at the US-Mexico border between May and June. Attorney General Jeff Sessions announced a zero tolerance policy that separated mainly Central American refugee children from their parents, as migrant adults were criminally prosecuted with many thrown into federal prisons. Hundreds are toddlers under the age of 4 or even babies as young as 4 months old. The average age of the children is 8. The regime also lied and said that parents who asked for asylum at regular border crossings would not be separated from their children while they did exactly that.

What are these child prisons trying to hide? There’s no sugarcoating it; these children are being imprisoned. Oregon Senator Jeff Merkley was blocked from seeing a child detention center run by a private contractor and had police called on him before being told he had to come back another day. A Senator and congresswoman from Florida tried to enter one of the detention centers holding about 1000 teens and were turned away.

During the first 3 days of their imprisonment, these children are held in cages. (Migrants being held in cages at Border Patrol facilities with just foil blankets has been going on for many years but what is new is these children being left alone in glorified cages). Even siblings have been separated and not kept together. Audio was smuggled out of children crying for their parents in these detention centers and one Border Patrol agent was recorded joking, “We have an orchestra here.” After 3 days these children are sent either to mass shelters, or eventually, foster homes.

1500 boys between 10 and 17 (including kidnapped boys and unaccompanied teenagers) have been kept in a former Walmart that Senator Merkley was able eventually to visit. There are even murals of Trump all over and children are being forced to recite the US pledge of allegiance, adding insult to injury. 3 child prison camps were set up this month for “tender age” children. One father committed suicide after being separated from his child. There have been reports of migrant children being drugged to calm them down. It’s also been reported that some children have been so distraught they’ve tried to jump out of windows to harm themselves.

The regime has promised many families it would reunite them with their children if they agreed to be deported and dropped their asylum claims. Some parents have been deported without their children, however. One of the employees of the places where the children have been taken smuggled out a video of children crying for their parents before quitting. Only a few families have been reunited. 2,047 kidnapped children are still imprisoned. One child at a detention center was warned by an employee not to talk to reporters or they would be there “a long time.”

After a great public outcry — including regime officials being protested and heckled everywhere from restaurants to universities to regime officials homes — the Trump regime announced an end to the child kidnapping policy. But the psychological damage has been done and the regime has no plans to reunite these families. A federal judge ordered that all families to be reunited within 30 days but the federal government isn’t tracking these families very well.

The executive order Trump signed on June 20th to end his kidnapping policy merely replaced one evil with another as it will keep migrant families together but imprisoned. Until now, minors have been barred from being detained for more than 21 days and the Trump regime has indicated it plans to keep these families indefinitely. Many of the kidnapped children have been taken all over the country to foster homes and shelters and many parents still do not know where their children are.

The Department of Defense issued a memo saying that it was asking military bases to look for spaces to house up to 20,000 migrant children. Additionally, a Navy memo said it might have to prepare to house 119,000 immigrants on its bases. This regime has fully intends to make immigrant internment camps for immigrant and refugee families.

On June 28th in a civil disobedience action organized by the Women’s March, 2000 people protested and 630 women were arrested in Washington DC outside the Senate building. They were demanding family reunification, an end to the criminalization of asylum, and the abolition of ICE. In Portland, Oregon, an Occupy ICE encampment shut down an ICE office for almost two weeks until it was shut down in turn by federal police on June 29th. 2000 marched in Texas to a detention center on Fathers Day. Over $13.8 million dollarshave been donated to a nonprofit that provides free legal representation to immigrants. Mothers protested in the ICE offices, literally with their babies in their arms in New York City on June 21st.

Massive protests are planned in all 50 states & DC to reunite these families, to oppose the imprisonment of migrant children, and the planned internment camps.

Unsurprisingly, this kidnapping policy is extraordinarily unpopular, with only 25% of Americans supporting it.

I went to a small protest to defend TPS (Temporary Protected Status) with other people looking for protests to express their outrage and defend mainly Central American refugees and migrants at the border and who live in the USA. A good 200 people showed up to that protest in mid-June at a park in Los Angeles.

Despite the Trump regime’s attempts to try to get pressure off itself over this travesty, most of the public is not falling for it and won’t rest until these families are back together and freed.

Let us also not forget that Sessions has also recently announced a policy an end to asylum protections for those fleeing gang violence and domestic violence which is most of the families being detained.

The movement should demand not only family reunification and no prison camps.

In addition, we need to agitate on behalf of these families to demand that all be given immediate green cards and US citizenship, given what our state has put them through.