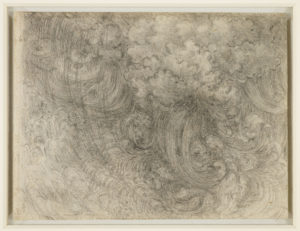 The United States stands before the deluge. Coronavirus is spreading, the economy is collapsing, anxiety is everywhere. Federal and state government responses were slow and poor, employers’ reaction uneven. Some workers call in sick, others go on strike, others now have no job. Workers and communities have begun to organize, virtually, at a distance, trying to figure out how to fight.

Coronavirus cases here have begun to rise exponentially. As of today (March 21) we have 21,365 cases and 266 deaths. The U.S. Centers for Disease Control estimates that in the worst case scenario, between 160 million and 214 million people in the United States could become infected and that between 200,000 and 1.7 million could die.

Three states—California, New York, and Illinois with a total population of 70 million—have told all residents to stay home unless they have an important reason to go out. Around the country many states and cities have shut their schools, ordered all bars and restaurants to close, and many retail and manufacturing business are also shuttered. The economy is coming to a halt.

The U.S. stock market has been in free fall and is now down 35 percent from its high in February. Goldman Sachs economists’ predict that the U.S. GDP could lose 24 percent of its value, three times as much as was lost in 2008. The United States is entering a depression. One executive predicts that corporations will lose four trillion dollars.

Suddenly, over night, tens of millions are now out of work and unemployment claims have soared. Some working class people—the imprisoned, the poor, the undocumented, the homeless—all together over 50 million people are in particular danger. The United States has no national health care system and tens of millions of American workers have no health insurance. Millions of American workers have no paid sick days, no family leave, and millions in precarious employment have no vacation days.

President Donald J. Trump’s administration initially mishandled the coronavirus pandemic, failing to take action for over a month, while Trump himself downplayed its seriousness and offered inaccurate and confusing information. The U.S. health agencies are now attempting to make up for lost time, but there is a lack of hospital beds and supplies. The government is trying to keep essential services working—hospitals, electric power, water systems, transportation, grocery stores—functioning. But that puts many workers at risk.

While some employers have tried to keep workers on the payroll and are providing paid sick days. Other bosses close the doors and give the workers nothing.

The U.S. Congress has been dealing with three bills. The first, “The Coronavirus Preparedness Act,” provides $8.3 billion for vaccination research and development, masks and protective gear for health agencies, implementation of health programs by such agencies, and loans to small businesses. Congress passed it and Trump signed it into law on March 6.

The second, the “Families First Act” gives an estimated $100 billion for food assistance for children, unemployment benefits for laid-off workers, health funds for state and local government workers, free coronavirus testing for those who can’t pay, and reimbursements for businesses who give workers paid sick leave. Congress passed it and Trump signed it on March 18. The law, however, excludes all companies with over 500 workers and all of those with under 50

There is also a third bill. The Republicans have proposed a one-time, graduated payment of up to $1,200 to U.S. taxpayers making less than $99,000 per year. The cost is estimated at between $750 billion and two trillion dollars. It includes up to $50 billion in help for the airlines, $8 billion for cargo companies and $150 billion for other businesses impacted by the virus.

Some workers walked off the job in auto plants, post offices, grocery warehouses and other workplaces to demand that their employers make the workplaces safe or close them. Teachers demanded that schools close, nurses are fighting for safe working conditions. Community networks have begun to organize to help each other, to get food to the elderly, for example. Regionally and even nationally some networks are beginning to form. While such mutual aid is valuable, only national governmental power can deal with such a crisis. The left is engaged in both mutual aid and demanding political action, but everywhere the challenge is huge.

The Democratic primary is essentially over, with Joe Biden having won far more delegates than Bernie Sanders. The contest will be between the reactionary racist Trump and the neoliberal Biden. Biden has little to say about coronavirus or the economic crisis. There is a question of how the national election should be held in November, some advocate mail ballot. No one is paying much attention now. The question at the moment is survival.