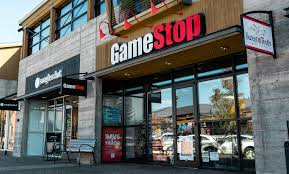 America’s contemporary populist impulse that led both to the left-leaning Occupy Wall Street and then to the rightist Tea Party, that gave us both the Bernie Sanders progressive campaign and Donald Trump’s reactionary Make America Great Again, has now given us the small trader rebellion against the hedge funds. A few million small traders who read Reddit’s “wallstreetbets” and other such sites began to buy up GameStop and other low-valued stocks. GameStop’s market value increased from $2 billion to $24 billion in a few days, while its shares grew over 1,700 percent in less than a month. This forced hedge funds short-sellers* to borrow billions to prevent a catastrophe. As the phenomenon developed, millions cheered for the “dumb money” small traders as they seemed to be bringing the hedge funds to their knees.

Then, when Robin Hood, a popular app supposedly created to help small investors but owned by a hedge fund, stopped trading in GameStop forcing down its price, there was an immediate howl of criticism from its user, from public polls, late night comedians, and politicians. Leftist Congresswoman Alexandria Occasion Cortez called Robin Hood’s action “unacceptable” and rightwing Congressman Ted Cruz, a Trump supporter, immediately agreed with her.  As many of the small traders stated, using Wall Street like a casino was okay when it was the financial elite that was laying down the bets, but when the riff-raff came into play, the rich suddenly wanted to close the doors.

Even though we have 450,000 deaths from the COVID pandemic, almost 20 million unemployed, and 12 million children in hunger, it is the struggle over GameStop and a few other stocks that has dominated the news and for the moment captured the public imagination.

Only 14 percent of Americans invest directly in the stock market, though about 40 percent have pension funds that invest in the market. Some 84 percent of all stocks held by Americans belonging to the wealthiest 10 percent of households. Most stock is actually invested by asset management companies, the largest being BlackRock which handles $6.4 trillion dollars, while the other top nine companies all have between $1 and $3 trillion assets under management.  Some of these, like BlackRock, have hedge fund operations, though hedge funds generally oversee investments of only billions. With the pandemic raging for the last ten months, America’s 660 billionaires have increased their wealth by $1.1 trillion, a 40 percent increase, and there are also 46 new billionaires.

The small traders, who are not rich and many of whom are young, some in high school or college, rushed to buy the rising stock both in order to make money and to challenge the hedge funds.

Over the last couple of decades, the stock market has become increasingly disconnected from the real economy, that is, from agriculture, mining and manufacturing, utilities, transportation, and services of all sorts. This financialization of the economy has taken place because investors can make more money in the market and finance than they can in manufacturing, for example. The market, which always had a tendency to operate like a casino, now became a Las Vegas or a Monte Carlo. But the rich who play there are close to the government managers, who fix the roulette wheel and the card tables so that their pals always win. It is this to which both the small traders and the public at large object to, the fact that the government-regulated game is rigged to favor the rich.

It is this growing resentment of the elite that has fueled the populism of left and right, both of which talk about overthrowing this unfair system. The right would like to put new managers in charge of the casino, while the left wants to turn the casino into a cooperative under democratic management. In the meantime, everyone cheers the small traders who are bringing down the billionaires, at least a notch or two, at least for the moment.

*A useful article explaining short selling can be found here.

Posted February 2, 2021 Political Economy, United States by Dan La Botz
About Author
DAN LA BOTZ is a Brooklyn-based teacher, writer and activist. He is a co-editor of New Politics.