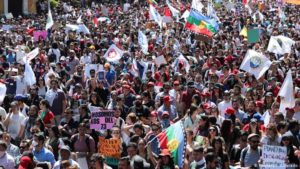 0 comments on “A Growing National Strike Against Neoliberalism in Chile”