In their determination and radical nature, contemporary feminisms are initiating radical breaks – in our bodies, on the streets, in bed, and in the household. The slogan of the feminist movement in Argentina sums them up: “We want to change everything!”

END_OF_DOCUMENT_TOKEN_TO_BE_REPLACED 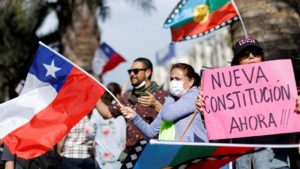 The Set-Up
Last week Piñera’s government went from receiving the lowest public approval of any government in Chile’s modern history to a breath of fresh air with the passing of the controversial “El ACUERDO DE PAZ Y NUEVA CONSTITUCIÓN”  . . .

END_OF_DOCUMENT_TOKEN_TO_BE_REPLACED

Frank Gaudichaud: “We are at the beginning of the end of neoliberalism in Chile” 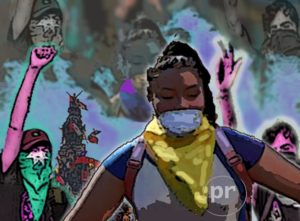 Franck Gaudichaud is a specialist of contemporary Chile, president of the association France Amerique Latine and member of the editorial board of Contretemps. He is a political scientist and teaches Latin American history at the University of Toulouse Jean Jaurès, France. Here he develops several hypothesis bout Chile and the development of the current mobilization which has been ongoing since mid-October. 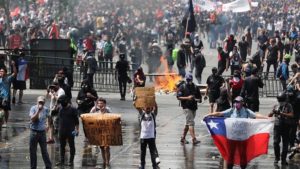