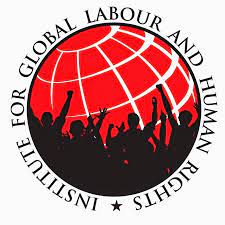 A statement by the Global Labour Institute Network, published yesterday, calling for the immediate withdrawal of Russian military forces from Ukrainian territory and for solidarity against war

The full-scale invasion of Ukrainian territory by Russian military forces on 24 February 2022 has unleashed a murderous war at the centre of Europe. Not only soldiers on both sides, but also peaceful civilians, will die. War is turning into a nightmare the lives of those on whose land it is being waged. In these conditions, trade unions and other organisations of working people can not stand on the sidelines or act as neutral observers. We must do everything we can to bring an end to the military aggression, to war, as soon as possible.

The Ukrainian people, in defending their independence and freedom, need solidarity in practice. The subordination of Ukraine to Putin’s authoritarian regime, or its proxies, would destroy democratic institutions, including the workers’ movement – as has already happened over the last eight years in the Russian-controlled puppet Donetsk and Luhansk “peoples’ republics”.

The Russian state propaganda machine’s claim, that the invasion’s aim is to “liberate” Ukraine, which is supposedly ruled by “drug addicts and neo-Nazis”, is a cynical lie. In contrast, it is true that Putin and his party “Yedinaya Rossia” have friendly relations with extreme right wing parties in Europe and worldwide. Just as deceitful are the spurious justifications of the attack on the grounds that a threat to Russia’s security lurks on Ukrainian territory.

The Kremlin’s real aim is to seize territory from Ukraine, which Putin and his henchmen have declared to be an artificial construct put in place by the Bolsheviks. Slogans about “the struggle with Nazism” are a cover for an attempt to conquer “living space” for “the Russian world” and restoration of the Russian empire. Just as in the 20th century the international workers’ movement defended the Spanish republic from fascism, and supported resistance to totalitarian dictatorships, so today it must defend democratic Ukraine!

The current war is not a conflict of the Russian and Ukrainian peoples. War has been unleashed by the dictatorial regime that rules in Moscow, under which the whole Russian people is suffering. Continuing the traditions of Russian tsarism and Stalinism, preaching archaic imperial ideology, this regime hates Ukraine not only for its aspiration to independence but also for its revolutionary traditions.

The rulers in the Kremlin fear that the systemic change that took place in Ukraine in 2014 could be continued in Russia, and this is yet another reason that they have unleashed war. The Putin regime, like Russia in the 19th century, wants to play the role of the international gendarme. The proof of this is not only the invasion of Ukraine, but also the support given to its authoritarian brother regimes in suppressing popular uprisings in Belarus and Kazakhstan.

Already, more than one million Russians have signed letters demanding the immediate cessation of hostilities. The same position has been taken by a large number of professional associations – of researchers, teachers, doctors, workers in the arts, architects, publishers, translators and so on. This anti-war movement by civil society also needs international support.

The workers’ movement has always been based on the principles of internationalism and solidarity across state borders. Now these principles must be implemented in practice. General declarations about a peace settlement are not enough. We must call things by their real names, and take a position on the conflict, standing on the side of the Ukrainian and Russian peoples against the Kremlin oligarchy, that bears the full responsibility for this war, that has already produced a threat of nuclear apocalypse to the whole world.

The workers’ and anti-war movements have in their arsenal considerable means to fight and to demonstrate solidarity, which have been tested in practice. Now organisations of working people and civil society need to circulate accurate information about the causes and character of this war, to use all available means to unmask Kremlin propaganda and to give all types of support to Ukraine in its battles. If the aggression is not halted, this will be the gravest defeat for all progressive forces on an international scale. We can not allow that.

For the immediate withdrawal of Russian military forces from Ukrainian territory!

□ This statement the Global Labour Institute Network is reposted from the GLI web site. You can learn more about the GLI and the Network there, and contact them here.