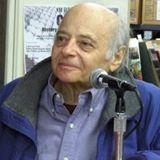 Rest in Peace, Jesse Lemisch (1936-2018), radical historian and fun-loving contrarian. I first met Jesse in 1978. I was a graduate student at the University of Pennsylvania who would study eighteenth-century sailors, just as Jesse had done so memorably in his famous article “Jack Tar in the Streets.” I visited him in his small Greenwich Village apartment. We sat on the sofa in one corner of the room as his wife, the brilliant feminist psychologist/neuroscientist Naomi Weisstein, wore headphones and pedaled a stationary bike in the other. Jesse was animated, funny, irreverent, brash, and helpful. It was a joy for me to sit and talk with the person who had done so much to give meaning to the phrase “history from the bottom up.”

There was much to like about Jesse – his fierce intelligence, his endearing warmth, his larger-than-life spirit. He was a red-diaper baby and radical to the bone, a natural-born fighter. We worked together on various projects over the years. When his legendary dissertation, “Jack Tar vs John Bull,” was finally published in 1997, I wrote the introduction. That intro begins with a description of an adventure Jesse and I had as we searched the massive Hotel Rossiya in Moscow in 1991 for a group of Siberian miners who had come to the capital city to wage a hunger strike.

It was my pleasure to dedicate my book Outlaws of the Atlantic to Jesse in 2015. I hope he knew how much he meant to me. I lament the passing of someone who showed us how to write history from below.

This is terribly sad and shocking news. I adored Jesse and his penetrating, acerbic wit, his good politics, his view of most things cultural, his sense of history, his love for Naomi and his dear friend Joanne Landy. Jesse was funny, smart and warm. Where others cite his curmudgeonliness I saw intransigence on matters of principle, but always coupled with subversive humor. I already miss you Jesse Lemisch.