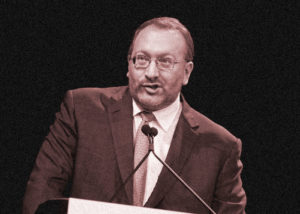 The New York Times (1/22/19) reported on a bleak letter by the billionaire investor Seth Klarman that was circulated at the World Economic Forum in Davos.  The letter warns about the coming financial crisis amid increased levels of social conflict. In 2017, Klarman took the unusual step of returning some of his fund to his clients saying he did not see enough good investment opportunities.  He is concerned that since the 2008 crisis countries have taken on a level of debt that approaches or exceeds 100 percent of gross national product.  “America,” he writes, “will inevitably reach an inflection point whereupon a suddenly more skeptical debt market will refuse to continue to lend to us at rates we can afford.  By the time such a crisis hits, it will likely be too late to get our house in order.”

The business as usual attitude of investors who are taking on even more risk has Klarman worried.  “Individuals, professional investors and financiers are prone to project their own recent experience into the future. So when adversity is absent, investors become complacent.  They assume good times will continue, and they grow careless about risk, perceiving it through rose-colored lenses.”

Despite his angst that things are heading toward an inevitable crisis, Klarman does not oppose continuing investment.  He writes, ” … since the worst does not frequently happen, you cannot let the fear of a monster storm completely paralyze you.”  In other words, he offers no solution, no way out of the conundrum.

Compounding his fears about the next downturn is the social and political context in which it will occur.  “Social cohesion is essential for those who have capital to invest.”  “It can’t be business as usual amid constant protests, riots, shutdowns and escalating social tensions.”  “It is not hard to imagine worsening social unrest among a generation that is falling behind economically and feels betrayed by a massive national debt that was incurred without any obvious benefit to them.”

Here Klarman is referring to the trillions of dollars in bailouts to the financial sector to staunch the 2008 crisis.  Although this unprecedented state intervention was successful in avoiding a depression on the scale of the 1930s and the social upheavals of that era, it has resulted in a long period of slower growth and an enormous debt overhang.  The only real cure for a capitalist crisis is the purging effects of a depression — the devaluation of bloated assets, company bankruptcies, extensive layoffs — that create the conditions for a new upswing.  By preventing this, the bailouts served only to buy time and kick the can down the road.

The ultimate limits to capitalism lay not with its economic ratios but with the tolerance of working people for such a system.  And the 1% knows this.