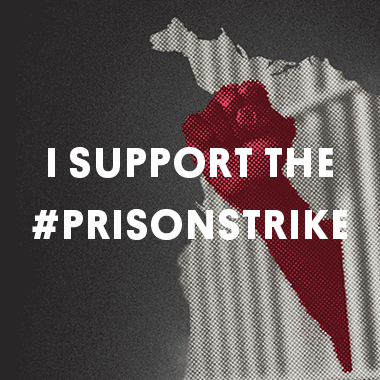 Labor for Black Lives – a multi-ethnic network of workers in solidarity with the movement for Black lives, against capitalist exploitation and racist injustice and all oppression – fully endorses the Prison Strike, to begin on September 9, 2016, in which prisoners across the United States are organizing to end prison slavery and mass incarceration. We join our voices and forces with those, including 800+ prisoner members of the IWW‘s Incarcerated Workers Organizing Committee (IWOC), who say THIS STOPS TODAY.

Labor for Black Lives insists that all who work, including those in prison, must receive a living wage until the toxic system of capitalism, the racist institutions of policing, and the shameful caging and warehousing of humans are abolished. We support prisoners who refuse to labor as slaves, and will continue to support them to become free and be given care and rehabilitation, so that prisons and carceral relationships cease to exist.

We demand an immediate end to the use of long-term and indefinite solitary confinement – currently utilized as punishment in facilities across the U.S. – as defined by the UN Special Rapporteur on Torture and other Cruel, Inhuman or Degrading Treatment or Punishment.

We condemn the hazardous conditions that our incarcerated friends and fellow laborers endure, including malnourishment, appalling medical neglect, overcrowding, misogyny and transmisogyny, exposure to mold and other toxins, and environmental dangers such as weather phenomena, temperature extremes and known poisons in the air and water, against which the captives have little or no protection.

We recognize that the carceral system binds us each to our fellow humans in prison, through our consumption of products and services, through our devastated communities; through the structures that organize work, pleasure, and study in this era of the “New Jim Crow.” Corporations extract on both sides of prison walls – as they do on both sides of national borders – and hide the profits they make as tax exemptions and exclusive contracts.

As the Prisoners Strike unfolds, Labor for Black Lives commits to building campaigns for solidarity (student/worker actions, boycotting goods made in prisons, etc.). Our efforts align with the Movement for Black Lives platform that calls for divestment from police and prisons, and reinvestment in the social needs of Black communities like affordable education, food, healthcare, and housing. Moreover, we join our fellow laborers in calling for the removal of police unions from the AFL-CIO, and endorsing Black Lives Matter resolutions (see here and here).

Labor for Black Lives aims to leverage the disruptive power of workers in unwavering solidarity with the Movement for Black Lives. We come from organized and not-yet-organized workplaces, from service and industrial sectors; from security and fugitivity. Our demands are not negotiable, and we will fight until they are met. We have nothing to lose but our chains.