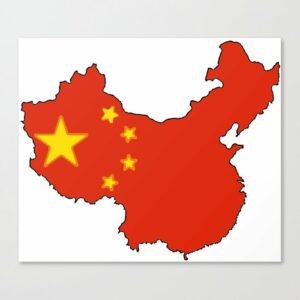 This petition now circulating among Chinese academics on Chinese social media is being now censored by China’s Internet overseers.

The war began in darkness.

In the early hours of February 22, 2022 (the evening of February 21 in Moscow), Russian President Vladimir Putin signed a decree recognizing the Donetsk People’s Republic and the Lugansk State, as independent states, that had been proclaimed by civilian armed groups in eastern Ukraine. Then on February 24, the Russian Federation launched its air, land and sea forces on a massive invasion of Ukraine.

The international community was shocked that a permanent member of the United Nations, a major power with nuclear weapons, would fight against a weaker brother. What will this war lead to? Will it lead to a large-scale world war? Great catastrophes in history often started with local conflicts. International public opinion is worried.

For days, the Internet has live-streamed this war: ruins, the sound of artillery, refugees,… We are deeply pained to see Ukraine’s wounds. As citizens of a country that has suffered from ravages, broken families, starving people, and been compeled to give up part of its national territory….we recall that these kinds of sufferings and humiliations forged our own historical consciousness, and we share the pain of the Ukrainian people as if it were own own.

Over the past few days, Ukranian people from all quarter have been speaking out against this war. The Ukrainian people have stood up. Old Ukrainian mothers are sternly reprimanding these unwanted guests, old Ukrainian fathers are deploring the evils of war, and nine-year-old Ukrainian daughters are tearily calling for peace. In Moscow, in St. Petersburg, in other cities, citizens took to the streets amd scientists have issued anti-war statements. The voices of peace, peace, and protest against war have moved hearts and minds across international borders.

Over the past few days we have been following the developments closely. We have been thinking about the past and about the future. In the midst of this clamor, we feel that we too need to make our voices heard.

We strongly opposed Russia’s war against Ukraine. Russia’s invasion of a sovereign state by force, no matter how many reasons or excuses Russia may have for its acctions, is a violation of the norms of international relations based on the United Nations Charter and a breach of the existing international security system.

We strongly support the actions of the Ukrainian people in defense of their country. We are concerned that Russia’s use of force will lead to destabilization of the situation in Europe and the world as a whole and lead to a wider humanitarian disaster.

We strongly appeal to the Russian government and to President Putin to stop this war and settle the dispute through negotiations. Power politics will not only destroy the achievements of civilization and the principles of international justice, but will also bring great shame and disaster to the Russian nation.

Peace begins with the desire of the human heart. We oppose unjust wars.