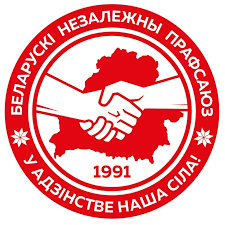 There is no nation in the world that wants war. The Russian, Ukrainian and Belarusian peoples are no exception. Few people in the world have suffered such terrible losses, sacrificed in their history the lives of tens of millions of their citizens, as three peoples close to each other. And the fact that the Russian government started a war against Ukraine today cannot be understood, justified or forgiven. The fact that the aggressor invaded Ukraine from the territory of Belarus with the consent of the Belarusian authorities cannot be justified or forgiven.

Irreparable things have happened, and their consequences for a long time, on the lives of several generations, will poison relations between Russians, Ukrainians and Belarusians. On behalf of the members of the independent trade unions of Belarus, the workers of our country, we bow to you, our Ukrainian brothers and sisters. We apologize for the shame, the shame that the Belarusian government has imposed on all Belarusians, becoming an ally of the aggressor and opening the border with Ukraine.

But we want to assure you, dear Ukrainians, that the vast majority of Belarusians, including workers, condemn the adventure of the current Belarusian regime, which tolerates Russian aggression against Ukraine. We demand the immediate cessation of hostilities and the withdrawal of Russian troops from Ukraine, as well as from Belarus. In this difficult time of fate, we declare that we are with you of heart and mind, dear Ukrainians. We wish you perseverance and win.