Michael Brown and Ferguson—Stop the Killing of Black Men 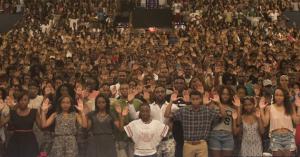 man has been shot and killed by the police in an American city. Michael Brown’s killing forms part of a national pattern that is a horror for the African American community, an outrage against humanity, and a disgrace to our country. It is a pattern that must stop but which can only be ended by changing the entire social and economic situation of African Americans in America, a situation which has led to the systematic and relentless humiliation and victimization of black men and boys. Ending incidents such as the killing of Brown in Ferguson will require not simply changes in the behavior of police, better community relations, and more poverty programs—though it will certainly require those and we must join together to fight for them. It will require a reconstruction of the American social system so that it provides affirmative action and reparations for African Americans and a decent life, with civil rights, secure employment, guaranteed health care, decent housing, and democratic control of the police, for all who live in America.

The immediate reaction to Brown’s killing was typical of what has happened in other similar police killings of black men. The police protected their own. Police refused for days to release the name of the officer who had shot Brown and while relieving that officer from active duty did not immediately act to investigate and did not indict him for manslaughter or murder. The community also reacted as had happened similarly in other cases, rushing into the streets to protest what they perceived as another police murder of a black man, protests which turned briefly into violence and looting.

The looting became the pretext for a massive display of military-type police force, and it is this unprecedented level of repression that has made this case different from others and brought it national attention—repression that is shockingly reminiscent of state violence in Syria, Egypt, Ukraine, and Palestine, where we have recently seen the police and military crush peaceful protestors. Ferguson has forced Americans to ask: Are we really as different as we like to think?

Brown’s killing brought not only protests in Ferguson, but also demonstrations in solidarity in dozens of cities across the United States. The killing has also led to a renewed national discussion about racism and to a new debate about the U.S. government’s policy of pushing military equipment—$37 billion worth of it—on large cities and even small towns in the wake of the September 11, 2001 attacks on the World Trade Center and the Pentagon. The federal government ostensibly armed local police to fight terrorism, but the tanks, guns, and tear gas grenades have been used instead against the country’s poor communities of color and against social and political protestors. The combination of increased police surveillance of the citizenry together with militarized police forces represents a trend that if it continues would turn America into a police state.

Ferguson is a small town on the outskirts of St. Louis, Missouri, a major American city that sits on the Mississippi River. The town has a population of just 22,400 people, 53% African American and 45% white. The median household income is $37,134, lower than the national median income of $45,000. Some 22 percent of the town’s residents live in poverty. While Ferguson is a small and usually quiet town—with its own history of racism—St. Louis, Missouri and East St. Louis, Illinois are cities with a long history of racial segregation, racial discrimination, and violent incidents. The St. Louis area has been badly hurt recently by the closing of many industrial plants, among them two Chrysler auto plants in nearby Fenton, Missouri. The closing of those plants took 15 billion dollars out of the regional economy as well as eliminating 6,400 jobs. As factories began to close in the St. Louis area in recent decades, some African Americans began to move out of the city into the surrounding suburbs such as Ferguson.

While the population in Ferguson gradually changed from white to black, the power structure remained virtually all white. Only one of six city council members is black and the police are 94 percent white. The school board is white and an African American superintendent had recently been suspended by the school board. The hold-over white leadership did not represent the city’s new population which was young, poor, and black. The combination of poverty, unemployment, and a lack of representation of African Americans in government form the specific backdrop to the incidents in Ferguson, though similar conditions also affect millions of other African Americans in other states and cities throughout the country. African American unemployment remains, as usual, twice that of white Americans, and even better educated black workers have higher unemployment rates than similarly educated whites. Whites have far more financial assets than African Americans; white families are 6.1 times as wealthy as black families. The combination of capitalism and racism work to severely limit African Americans in the struggle for a decent life, for success, comfort and happiness in the United States. Some 76 of every 100,000 black men between 25 and 34 were killed in a homicide in 2010, a rate nine times higher than that among white men in the same age group. (Neil Irwin, Claire Cain Miller, and Margot Sanger-Katz, “America’s Racial Divide Charted,” New York Times, Aug. 19, 2014.)

The political establishment reacted swiftly to the events in Ferguson. President Barack Obama expressed sympathy with Brown’s family, calling for transparency on the part of the police, but also condemning vandalism, looting, and violence. And the president sent Attorney General Eric Holder and a team of FBI agents to Ferguson to investigate the incident.  Missouri’s Democratic Governor Jay Nixon sent in the state police to take responsibility for security in Ferguson, replacing the local police force, an act that was greeted at first with celebration by the town’s African American population, though since then the repression has continued. Rev. Jesse Jackson and Rev. Al Sharpton, both close to the Democratic Party leadership, have played their usual role of speaking out and attempting to lead the movement in order to contain it.

Still, government leaders and politicians have been unable either to stop the continuing protests in Ferguson or the spreading national demonstrations in solidarity. African American youth and  their Latino and white allies are everywhere in the streets, crying out against this latest incident of racial injustice and against the government’s policy of militarizing the police. Many organizations with long histories of struggle for justice have joined the movement in Ferguson and around the country. We place ourselves on the side of the protestors who are demanding justice for Michael Brown, an end to the militarization of the police, and a more just American society for all. We hope that we are at the beginning of a new era of struggle for civil rights and social justice.

Posted August 22, 2014 Civil Liberties/Repression, Racism, United States by newpolitics
About Author
DAN LA BOTZ is a Brooklyn-based teacher, writer and activist. He is a co-editor of New Politics.