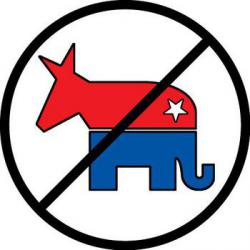 Some 200 political activists from a variety of independent political organizations, as well as individual activists, carried out a rich discussion and an amicable debate about how to collaborate in the work of building a large political alternative to the left of the Democratic Party. Participating in the Future of the Left/Independent Politics Conference, in an unprecedented spirit of cooperation, national, state, and local candidates and activists, as well as elected officials from the Green Party, the Peace and Freedom Party, the Richmond Progressive Alliance, Socialist Alternative, and the Vermont Progressive Party discussed the challenges of campaigning and the difficulties of actually holding office while trying to both build movements and push progressive policies. Also at the conference were members of Progressive Democrats of America and the Justice Party.

A number of the leading figures of independent politics in America participated. Kshama Sawant of Socialist Alternative, a member of the Seattle City Council, spoke to the group via video. Former Green Party presidential candidate Jill Stein and former Green Party vice-presidential candidate Rosa Clemente spoke, as did 2014 New York gubernatorial candidate Howie Hawkins. Other speakers included Gayle McLaughlin of the Richmond Progressive Alliance and Richmond City Council member, Susan Sadlowski Garza, who was recently elected to the Chicago City Council, and Angela Walker who ran for sheriff in Milwaukee as an independent socialist.

Though not part of the formal agenda, the just-announced campaign of Bernie Sanders, an independent and self-identified socialist who will run for the Democratic Party presidential nomination–and who had sent greetings to the conference–became a topic of discussion in several sessions. While some said they would support a Sanders campaign because it would raise the important issues and contribute to activism, others felt—as Bruce Dixon of the Georgia Green Party put it—that Sanders was a sheep dog whose job was like that of Rev. Jesse Jackson and Congressman Dennis Kucinich in earlier elections, to round up folks who had strayed to the left in response to the Democratic Party’s retrograde domestic and foreign policies and to bring them back to the Party.

Responding to the country’s pervasive economic and social crisis, to widespread public support for movements such as Occupy, Black Lives Matters, and Fight for $15, and to recent successes in independent left campaigns, the conference expressed a sense of optimism about the possibilities for not only running left candidates, and winning elections, but also for building a larger left political presence while both expressing and helping to organize and expand the social movements. While this was a conference about political action, the organizers made it clear through panels on the Black Lives Matter movement and the Fight for $15 that politics must be about building and giving voice to such movements.

Robert Caldwell of Solidarity, one of the chief organizers of the event, and Debra Reiger, the chair of the California Peace and Freedom Party and also one of the organizers, told the gathering in a final report that the number of participants, the spirit of collaboration, and the richness of the discussion exceeded the organizers’ expectations. During an evaluation period, many speakers rose to commend the spirit of mutual respect, cooperation, and solidarity that the conference had engendered. Speaking for the organizing committee—which includes representatives of most of the participating parties, together with the International Socialist Organization (ISO), Socialist Alternative, and Solidarity, as well as Black Agenda Report—Caldwell and Reiger announced that a continuations committee would take up the question of now to keep alive the network established by the conference. They also recognized the need for greater diversity, for greater involvement of African American and Latino activists, and for simply casting a wider net and drawing in others involved in such political campaigns.

While this was a conference of the American independent left, there was also an international element. Søren Søndergaard of the Danish Red-Green Alliance offered international greetings, while Sascha Nemseff Villagrán, a member of the Spanish Podemos Party, and Alan Akrivos of Socialist Alternative and the Greek Syriza, discussed the challenges facing these two parties which stand at the moment at the center of the fight between capital and labor over austerity in Europe.

Aware that we are building on political efforts of the past, there were various discussions of earlier movements and their experiences. Lance Selfa of the International Socialist Organization, and author of The Democrats: A Critical History, opened the conference by providing an overview of today’s two-party system. Prof. Mark Lause, a longtime Green Party activist, discussed the history of the Socialist Party and the Progressive Party in the late nineteenth and early twentieth century. New York Green Party leader Gloria Mattera discussed the history of the Labor Party of the United States that was founded in 1996, and of the Green Party. Unfortunately sudden illness and hospitalization kept Kali Akuno of the Malcolm X Grass Roots Movement (MXGM) and the Chokwe Lumumba campaign from talking about electoral politics and Black liberation. There were also talks by Bruce Dixon on the Black Panther Party, by Jesus “Chuy” Negrete on the La Raza Unida Party, and by Guy Miller on the Socialist Worker Party campaigns of the 1960s and 1970s.

Many of the participants brought years of experience in organizing independent political campaigns, so naturally the nuts-and-bolts of organizing were also on the agenda, as were the challenges of actually holding office. Several speakers from various parties talked about ballot access and the fight for inclusion in debate, while others discussed fundraising, field operations, and voter registration. Marsha Rummel of Progressive Dane (County) and Madison City Councilperson and Gayle McLaughlin of the Richmond City Council discussed the difficulties of holding office while trying to fight for progressive change and simultaneously build the movements.

During the next year and a half, the question of how we relate to the Sanders campaign, which has the potential to reach and involve millions of progressives, will be challenging. Even those who opposed endorsing Sanders suggested that advocates of independent political action should maintain a friendly attitude to Sanders supporters. When the seemingly inevitable nomination of Hillary Clinton occurs, it may be possible to win over many of these people to an independent, left, third party perspective.

The Future of the Left/Independent Politics Conference represented an important step forward not only for independent politics but also for cooperation on the left. The challenge now will be to find ways for the organizations and individuals involved in this conference to keep alive the network we have founded, while continuing our work in local movements and independent political campaigns.

Dan La Botz is a member of Solidarity and a co-editor of New Politics, both of which endorsed The Future of Left/Independent Action in the United States Conference. He served on the conference organizing committee.