Lashed by the Storm 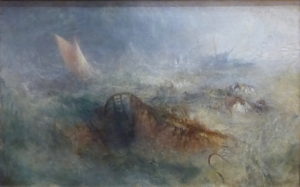 The United States is now being lashed by the storm of the coronavirus pandemic with hundreds of thousands of cases and 8,400 deaths (as of April 5), millions are unemployed, and federal relief payments have not yet arrived, so millions cannot pay their rent or mortgages. As of today, New York City is the epicenter with over 63,000 cases and 2,254 deaths. The disease here in New York is growing exponentially, and is expected to peak between April 9 and April 15. Yet despite the conditions, workers organize and fight back.

Altogether 41 of 50 states, the District of Columbia, three counties, eight cities, and Puerto Rico now have stay-at-home orders, affecting at total of 311 of about 330 million Americans. Shutdowns and quarantines have put an estimated 12 million people out of work, which raises the unemployment rate to 12 percent, already two percent higher than during the recession of 2008—and the economic crisis is just beginning. The United States is entering another great depression that could be worse than that of the 1930s. At the same time, millions of “essential workers,” often low-paid service workers, desperate for a wage, continue to labor putting themselves in danger of contracting the disease.

Racial and economic inequality in American society mean that the virus is having a greater impact on people of color and the poor. The poor in America are more likely to have health conditions—diabetes, asthma, and cardiovascular disease—that make them more vulnerable to Covid-19. They also live in more crowded conditions, meaning coronavirus spreads more rapidly. Maps show that black and Latino areas in New York and other cities are being harder hit, with proportionally more cases. White communities have had more access to testing than black and Latino communities.

The U.S. Congress will consider another bailout package beyond the two trillion already allocated principally to support big business, but also for health care, and financial support for workers. From laws passed so far, millions of workers should receive the first of six weeks of payments on April 17 though others will get them later—but the rent for most was due on April 1. Worker will get $600 a week above their state unemployment benefits, but those vary from $275 to $713 dollars.

The United States also has eight million undocumented immigrant workers, most of whom will be ineligible for any federal relief payment. And immigrants who have visas that allow them to work will receive unemployment and federal payments for only 60 days, after which they lose their visas if they are unemployed.

President Donald Trump has continued to provide misleading or confusing information in contradiction to health authorizes. When the Centers for Disease Control has recommended that people wear a mask when going outside to prevent non-symptomatic people from spreading the disease to other, but Trump said it was voluntary and that he would not. Governors in Delaware, Florida, Michigan, New Mexico, Ohio, Texas and West Virginia have also confused the situation, calling for social distancing but allowing church services.

Workers—with or without unions—have carried strikes large and small, principally over health and safety issues raised by the pandemic. Autoworkers in Detroit, garbage collectors in Philadelphia, chicken processing workers in Georgia, shipyard workers in Maine, grocery warehouse workers in Memphis, and servers at a bar and restaurant in Portland, Oregon have struck. At Amazon, a non-union company with 750,000 workers, there has been a series of strikes in New York, Chicago, and the Detroit area.

Those of us in Solidarity and in the Democratic Socialists of America, meeting through video conferences, are involved in organizing among teachers, nurses, warehouse workers, and other workplaces, as well as in communities. We are calling for legislation to protect everyone’s health and well-being. We fight for reforms and we are fighting for socialism.

Posted April 5, 2020 Uncategorized, United States by Dan La Botz
About Author
DAN LA BOTZ is a Brooklyn-based teacher, writer and activist. He is a co-editor of New Politics.