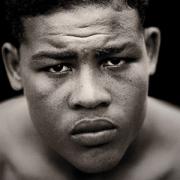 I grew up in the Great Depression era and so I grew up with Joe Louis. That was my marker. If you walked down the street when he was having a fight, every radio in every house was tuned to that fight. You could hear the fight walking down the street, literally. So, of course, Blacks were very proud of him.

And certainly having Joe Louis as the heavyweight champion you felt thrilled on the one hand, but on the other hand you felt ashamed because he was a very humble man and didn't push against the barriers, which were much stronger then, of course. Still we thought that with his fame, he might have pushed harder against those barriers.

For example, a segregated golf course allowed him to play because he was heavyweight champion, but they wouldn’t let any other blacks play. He said, “Well you’ve got to crawl before you walk.” He was saying, well, they let me in this year, maybe next year they’ll do more.

Joe Louis was monitored by two black lawyers. They were supposed to look out for his money. I won’t say they took his money, but they did very well and he did very poorly. And to see Joe Louis later, as a doorman at one of the Las Vegas casinos, after all the millions that he had made… To have him end his career as a casino doorman, that was just terrible.

Joe Louis was from Detroit and I was from Detroit, so he was a familiar figure. Joe Louis had a farm and he would invite poor kids to come out to his farm and to ride his horses. That was a thrill when I was a kid. I visited the farm, and rode the horses.

Later, I grew very disillusioned with the brutality of fighting. I became disillusioned with the fighting game because so many people suffered brain injuries and other wounds. So despite the fact that Joe Louis got some fame, I was nevertheless disturbed by it. It seemed that that was the only way that Blacks could gain fame, but I couldn’t accept that.

Sugar Ray Robinson came along later. He was about my age. But when I looked at his fights and the injuries that he suffered it reinforced my dissatisfaction with the game. To see a man be injured and see him mentally affected from all the banging on his head was disturbing

Cassius Clay, who later changed his name to Muhammad Ali, had such personality and charisma, with his rhyming and his boastfulness, he set another standard for boxing altogether.

The guy was just absolutely perfect. Perfect in the sense that he took his looks for granted. For an African American man to say, “I’m pretty. I’m handsome.”—that was just wonderful. He could talk about his looks and his build with pride and that was impressive. So you could look at him independent of his experience in the boxing ring. 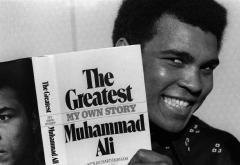 I was a veteran of World War II, but I was opposed to the Vietnam War. When Muhammad Ali opposed the war, many Blacks and whites criticized him, but I was absolutely in opposition to the war. I admired Ali’s refusal to be inducted and his willingness to lose those two or three years when he couldn’t fight during that time. For a man of his stature that was a heavy blow. And when the Supreme Court overturned that earlier decision, and he to came back to the fight game and to retake his championship—that was tremendous.

Muhammad Ali was a Black Muslim, of course. Now I had no illusions about the Nation of Islam. It was corrupt and I recognized that. I wrote an article in our newspaper Correspondence early on, because the Black Muslim movement started in Detroit where we were based.

Mosque #1 was in Detroit and Elijah Muhammad and Malcolm X spoke there, and I went to hear them speak. I had no illusions about the Black Muslims. It was a bastardized offshoot of Islam, but it was phony. Yet some Blacks liked it because it was something you could look to with pride.

After Malcolm X went to Mecca he saw that there were all races in Islam. He came back and said so, though cautiously. Malcolm saw that Islam was not a Black religion.

My approach to Muhammad Ali was to condemn the fight game—after seeing what happened to Joe Louis and Sugar Ray Robinson—but at the same time to admire Ali for his beauty, his bravado, and his forthrightness. Muhammad Ali infuriated the media people because he was so forthright, but I admired that, independent of his boxing.

Boxing took its toll. To see Ali crippled with Parkinson’s was so tragic. That reinforced for me the tragedy of black men fighting and beating their brains out in order to gain notoriety.

*Reginald Wilson worked with C.L.R. James’s independent socialist group and was managing editor of Correspondence in Detroit in the 1960s. He is an editorial board member of New Politics.