It’s unsurprising why Trotskyists were annoyed by this book. In one section it depicts a bearded and bespectacled leftist intellectual, in an impeccable illustration, lecturing protesters who are engaged in a confrontation with police that: "I’ve come to show you how to fight capitalism." Under his arm, is a book with "Trotsky" emblazoned across the front.

A Step into America

In June 1966, protesting the shooting of James Meredith, the solo freedom marcher, Peggy Terry was among the crowds in Greenwood Mississippi who, in response to Stokely Carmichael’s question "What do you want?," had roared "Black Power! Black Power!" While others were bewildered, Terry recalls "there was never any rift in my mind or my heart. I just felt Black people were doing what they should be doing.

The Machete and the Pen

In Redeemers: Ideas and Power in Latin America, Enrique Krauze is interested in all of the most romantic figures of the modern left in Latin America, those who lived as militant missionaries, often died as martyrs, and were canonized by the left as saints, men like José Martí, Che Guevara, Subcomandante Marcos, and Hugo Chávez.

"When they broke through the front line, up there, we only had 4 or 5 hours to leave the village. We left in a hurry, a bag on our shoulders, to save our lives."

Duško looks up at the hill behind his house. On September 15, 1995, when Vozu´ca in the adjacent valley fell, he abandoned all his belongings and became a refugee. Over two million people, during the war in Bosnia Herzegovina (BiH), from 1992 to 1995, suffered the same fate.

President Obama and the Crisis of Black America: Interview with Cornel West

NP: For four years we’ve had an African-American president, and that has led some people to argue that we are living in a post-racial society. What do you think of this argument?

"Who Do You Protect, Who Do You Serve?": The Struggle Against Police Brutality in New York

In the first days of October, NYPD Officer Kenneth Boss had his gun returned to him by Commissioner Ray Kelly after 13 years. Boss was one of four officers charged with the 1999 murder of 23-year-old Amadou Diallo. Diallo died in the vestibule of his apartment building in the Soundview section of the Bronx in a hail of 41 police bullets, 19 of which penetrated his body. Boss’s weapon was found to have fired 5 rounds.

END_OF_DOCUMENT_TOKEN_TO_BE_REPLACED

After the Elections: Which Way for the Left?

In contrast to the intense euphoria so widespread in 2008, the dominant emotion in the run-up to the 2012 election was fear, a well-founded fear of Republican savagery. Once the results were in, rather than entertaining hopes for a brighter future, most Democratic voters were probably just relieved. Obama was swept back into office chiefly by a coalition of blacks, Latinos, unionized workers, youth, and low income Americans—that is, by the very people who have suffered most from the policies of his administration. 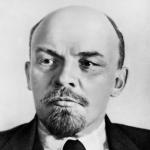 The Netherlands: Neoliberal Dreams in Times of Austerity

Describing Dutch society and politics in 2012, sociologist Willem Schinkel used the metaphor of a museum.[1] Conservative and turned inward, Dutch society is afraid of change, fixated on something called "Dutch values." One expression of this is the right-wing, nationalist populism that since a decade stood in the center of Dutch politics and public debate. Social-economic policies were guided by an unquestioned acceptance of neoliberal principles. The elections of 2012 seemed a chance to break with this pattern.