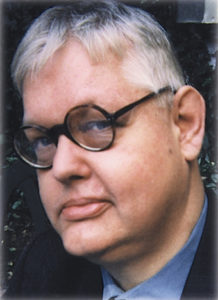 Doug Ireland, radical journalist, blogger, passionate human rights and queer activist, and relentless scourge of the LGBT establishment, died in his East Village home on October 26, 2013. Doug had lived with chronic pain for many years, suffering from diabetes, kidney disease, sciatica, and the debilitating effects of childhood polio. In recent years he was so ill that he was virtually confined to his apartment. Towards the end, even writing, his calling, had become extremely difficult.

Once, Doug’s writing — in US publications like the Nation, the Village Voice, New York magazine, his blog Direland, and in France’s Libération and the news website Bakchich — was easy to find. But in recent years, his voice was rarely heard outside of New York’s Gay City News, for which he continued to contribute reportage as international editor and political commentary until this year, and few younger radicals are likely to know about him.This is a pity, because Doug’s voice — his scathing polemical style, the vast breadth of his knowledge — was exceptional. Doug was a tireless champion of the oppressed of all kinds, but especially of those who are punished for loving members of their own sex, wherever they might be. With his uncompromising internationalism and refusal to allow cultural differences to stand as an excuse for denying LGBT people their human rights, there are few on the Left quite like him.

Doug was always a libertarian socialist, who nevertheless had long-standing ties to progressives in the Democratic Party — going back to Allard Lowenstein, George McGovern and Bella Abzug, for whom he worked as a campaign manager, Doug hoped progressives might transform the party (a hope I didn’t share). But he was never an apologist for mainstream Democrats, including Obama; he never pulled punches in attacking their cynical amoralism. Ed Koch, he once wrote, was not a closet gay, but a “closet human being.”

Doug had a special loathing for Clinton. One of his last published pieces was “Should We Forgive Bill Clinton?” in Gay City News in March, after the former President wrote an op-ed for the Washington Post against the Defense of Marriage Act that he had signed into law in 1996.

Noting that the Post piece was timed to prepare for the kickoff of Hillary Clinton’s presidential campaign a week later, Doug wrote: “The truth is that an old and predatory libertine like Bill couldn’t have cared less if a guy or a gal wanted to marry a Volkswagen. He wasn’t a bigot himself — he just surfed on the bigotry of others like the opportunist he’s always been. And it is that opportunism that led him to write his op-ed piece against DOMA on behalf of his wife’s candidacy.”

Doug reminded his readers that “there is a long list of vicious actions by President Clinton and his administration for which he owes LGBT people an unadulterated apology.” One of the items on this list was the Clinton administration’s use of “aid and trade blackmail targeting Third World countries to stop them from buying or manufacturing cheaper, generic versions of the AIDS-fighting drugs needed to prolong life. . .  How many thousands died because Clinton, in his subservience to the greed of Big Pharma, engaged in this shameful arm-breaking? We’ll never know for sure — but their blood, too, is on Bill’s hands.”

Doug was a friend of the Campaign for Peace and Democracy (CPD), an antiwar and human rights advocacy group committed to radical democracy from below where I serve as co-director, and to the socialist journal New Politics, where I sit on the editorial board. In 1988, at a time when the CPD was heavily involved in defending democratic dissidents in the Soviet bloc, Doug reported for the Campaign’s newsletter on the persecution of gays in Eastern Europe:

Of all the taboos in Eastern Europe, none has been more cruel or dehumanizing than the official attitude toward homosexuality. If one of the very first acts of the 1917 Bolshevik revolution was to abolish the laws making homosexuality a crime,  . . . Stalinism recriminalized homosexuality, and the theory that “fags are a product of capitalist decadence” has reigned malignantly in the Eastern bloc ever since, with anti-gay persecutions a favorite weapon of the political police throughout the bloc.

Doug’s understanding of Stalinism’s crimes, and of the whole history of the Left’s troubled relationship to alternative sexualities, was brilliantly expounded in his piece “Socialism and Gay Liberation: Back to the Future.” In it, he paid tribute to the courageous gay socialist pioneers — John Addington Symonds, Edward Carpenter, Oscar Wilde, and Magnus Hirschfeld. But he also described the vicious bigotry that was made official in the Stalin-era Communist movement and persisted long after Stalin’s death.

The great turning point, of course, was the birth of the post-Stonewall radical gay liberation movement in the United States — a movement, in Doug’s words, that was “against the State, which made us criminals; against the medical and psychiatric professions, which declared us sick; and against the cultural heterotyranny, which made us the target of disdain, ridicule, opprobrium, hate and violence.” He quoted the German filmmaker Rosa von Praunheim: “It is not the homosexual who is perverse, but the society in which he lives.” Like Doug, gay liberation saw itself as an integral, but never subordinate, part of all liberation struggles — feminist, antiwar, civil rights.

Doug’s broad vision of gay liberation contrasted sharply with the narrowly parochial LGBT organizations of today, which support and shower dollars on any politician of either party who is “good on gay issues,” no matter how reactionary he or she is on anything else. Since the late 1990s, the gay movement has become tamed and institutionalized, symbolized preeminently by the corporate-oriented Human Rights Campaign.

Doug never ceased railing against the established LGBT leadership for its political conservatism and for turning the movement into just another interest group, but he was especially critical of its near-indifference to the persecution of LGBT people in other countries. Doug called for the aggressive defense of gays under attack in Uganda, Russia, and Iraq, where they were being murdered by Shia death squads after a death-to-gays fatwa by Grand Ayatollah Sistani; the gay establishment was largely unmoved.

Doug’s reporting on the persecution of gays in Iran, including the public execution of men and boys, elicited criticism from several quarters, including the director of the LGBT Rights Program of Human Rights Watch. Critics objected that he was improperly imputing a Western-style “gay identity” to same-sexers in Muslim countries, and some insinuated he was providing political fodder for U.S. intervention against Iran.

But Doug continued to expose the homophobic criminality of Ahmadinejad and the Iranian theocrats. I don’t know if Doug would have seen it this way, but to me he was working in the great universalist tradition of the historic left, based on a single norm of human freedom and flourishing — a norm that justifies criticism of cultural traditions, wherever they might be, that support such practices as female subordination, racial and religious discrimination, and homophobia.

As Paul Schindler, the editor of Gay City News put it in an editorial defending Doug’s reporting, “Cultural sensitivity is of course an absolute requirement for effective human rights advocacy. But absolute cultural relativism is a recipe for inertia and defeat.”

In his New Politics piece, Doug insisted on the need “to begin a serious and radical rethinking of homosexualities and gender identities so as to understand at a deeper level why the fear and loathing of same-sex love and gender variants are so deeply engrained in society and culture.” Writing in 2009, he sensed “a hunger for a return to some of the earlier principles of sexual liberation for all with which our movement began, not just here but abroad.”

Doug is no longer with us, no longer able to make his own contribution to the revival of these principles. Let us hope, nevertheless, that they can be revived, for the sake of a truly liberated future.

Posted June 23, 2019 In Memoriam, Left Politics, LGBT Issues, United States by Jason Schulman
About Author
THOMAS HARRISON is the former co-director of the Campaign for Peace and Democracy and a member of the editorial board of New Politics.