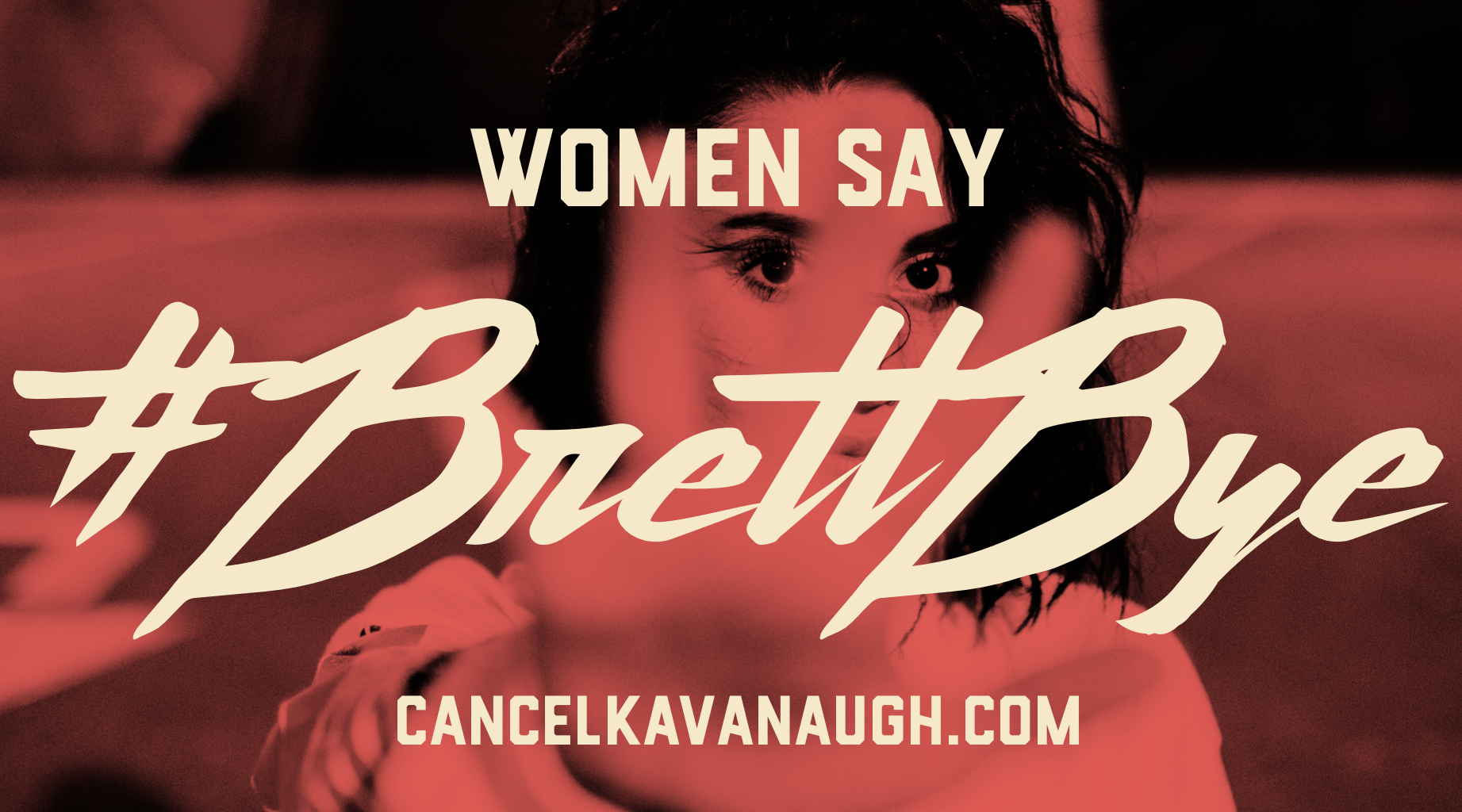 CANCEL KAVANAUGH. WALK OUT AGAINST PATRIARCHY.
WE ARE SURVIVORS, BELIEVE US.

Join a National Walkout from all work, waged and unwaged, on Thursday, October 4 at 4:00 pm to protest the appointment of Brett Kavanaugh to the Supreme Court.

In the wake of Brett Kavanaugh’s nomination and confirmation process to the Supreme Court of the United States, we have listened with distress to the women who have so bravely come forward to make public his assaults against them.

We have watched with mounting alarm the Senate hearing where Dr. Christine Blasey Ford shared her traumatic account of assault at the hands of Brett Kavanaugh and the dismissal of her suffering by those who are bent on moving forward with a lifetime appointment of Kavanaugh to the highest court in the land.

The outrageous response to Dr. Ford and other assault victims who have come forward have reminded us of our own assaults and brutalization and we have found solace and hope in the bravery of the survivors who have spoken up.

But the condescension and disrespect with which Dr. Ford and other survivors have been treated by politicians underscores for us what we have known all along: that the current political system, far from promoting the welfare of women, tries actively to harm us.

This is not a ‘partisan’ issue in the terms the Democrats and Republicans are framing it: as a struggle for power in the electoral arena. This is a universal issue as it regards hearing the voices of those who speak out against gender violence, investigating charges against abusers, and holding them accountable for their actions. Most importantly, the issue involves challenging and undoing the power structures that systematically keep most women at the bottom so they can be over-exploited, underpaid, easily abused, raped and deported. The system is designed such that that their testimonies can never challenge the claims of innocence and ‘good name’ of powerful men.

This is a critical issue for political equality and full freedom for women at a moment when women, youth, lgbtq+ people, workers both waged and unwaged, all people of color and immigrant communities are saying “Enough is enough!” This is a key issue for  all  of us in the US, and around the world, who are daily oppressed, humiliated and dismissed, whose suffering and pain often doesn’t matter, all these millions of people who can relate to Dr. Ford’s testimony, and have responded with narratives of solidarity.

This appointment must not happen. It jeopardizes the future of countless women, our reproductive rights, civil rights, and even the most basic sense of safety that all women, and people, ought to be entitled to.

On October 4 we call on all women, and those who believe our stories, to walk out of work, school and housework at 4:00 pm and show the world that since our labour runs the world, when we are denied dignity and safety, we can stop the world from running.