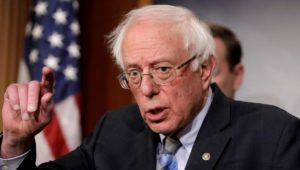 The Democratic Party has been a perennial subject of hope, betrayal and befuddlement for so many on the left, in part because it’s so hard to define. It can accurately be described as one half of the Republicrat cartel, a coalition of interest groups that alternately work together and against each other, a tool for co-opting the leadership of potential opposition movements and a loose electoral organization of the oppressed and exploited.

So what exactly is the Democratic Party? It’s a surprisingly difficult question. In recent years, the party’s inner contradictions have sharpened to the highest degree since the early 1960s, when it contained both civil rights activists and the Jim Crow leaders who were murdering them. On one side, the Clinton-Obama leadership of recent decades has been a leading force for a free-market fundamentalism that Tariq Ali calls the “extreme center.” On the other, the party has become home to the Bernie Sanders wing, part of an international revival of left social democracy.

“There are no formal membership dues and registration varies by state,” wrote Matt Stoller of the Open Markets Institute after the Iowa fiasco raised uncomfortable questions about who’s in charge of the organization people are hoping can stop Donald Trump. “Candidates can sometimes run for the party nomination without being a member. And that leaves out the actual mechanisms of governance, the think tanks, banks, corporations and law firms in which the various policy experts work as a sort of shadow government.”

In place of any accountable structures, Stoller went on, there is merely a “blob” — an informal “network of lawyers, lobbyists, Congressional staffers, foreign policy experts, podcasters, media figures and pollsters who comprise the groupthink of the Democrats.”

For many decades, the party’s shapeless appearance inspired schemes of socialist takeovers that invariably ended with the insurgents adapting to the party far more than the other way around. It was with this history in mind that many on the left, myself included, were skeptical that Sanders could build on his shocking success in the 2016 primaries inside the party.

One factor allowing a socialist current to thrive within the party’s vague boundaries for the first time in generations is the Republicans’ complete abandonment of the center right. Republicans have been shifting rightward since the 1970s. The effect was to allow Democratic leaders to move in the same direction in their eternal pursuit of swing voters. But this dynamic has flipped with the emergence of a “Generation Left” that was shaped by the Great Recession, Occupy Wall Street, #BlackLivesMatter, and cohered by Sanders’ 2016 run. The polarization produced by Republicans moving far right has made it harder for centrists to beat back the left with threats of defections to Republicans. In the ensuing years, my concerns that shrewd party operators would swallow up and digest the new socialist movement have not come to pass. Instead, party leaders have watched helplessly as Sanders and Alexandria Ocasio-Cortez use their party as a host body for an expanding colony of revived left social democracy. Being disappointed by the Democratic Party’s impotence has never felt so good.

Now claims of “electability” that were long used to smother the left are falling flat in the face of polls that clearly show that Democratic voters of all stripes will certainly choose Sanders over Trump. Instead, it’s mainstream party figures who face a credibility crisis, as one supposed ideal candidate after another has been shot down by voters, leaving the very real possibility that the party’s showdown for the Democratic nomination will be between two non-Democrats.

A contest between Sanders and Michael Bloomberg won’t just highlight the Democrats’ dilemma but exacerbate it by accelerating the centrifugal forces pulling the party apart. Fear of socialist mob rule will push wealthy liberals closer to Bloomberg with his call for benevolent plutocracy, while the billionaire’s efforts to buy the election will convince millions more of the necessity of “political revolution.”

Incredibly, wonderfully, there is a legitimate chance of electing a president who will genuinely fight for policies of wealth redistribution and social justice. If he does, however, it will be inside a hostile party, discredited to many but bolstered by Bloomberg billions, which means the real fight will just have begun.

For all that’s changed, one eternal truth about the Democratic Party is that it is not a democratic party. The constant attempts by unelected and unaccountable party insiders to subvert Sanders’ campaign to win a fair fight for the nomination makes that crystal clear.

Ralph Nader recently expressed the hope many have that a Sanders win in November would by necessity be part of a broader Congressional change and alter the political dynamic in Washington:

“If Bernie wins the election against Trump, should he get the nomination, it has to be a massive surge of voter turnout, which will sweep out a lot of the Republicans in the Congress,” said the consumer advocate and former Green Party presidential candidate. It could knock out the corporate Democrats and “reorient the Democratic Party to where it should be, which is a party of, by and for the people.”

But even if such a “wave election” takes place, this assumption is based on a misreading of how the party works and who it works for. Its structure has undergone upgrades since the ancient days of Thomas Jefferson and Andrew Jackson, but it essentially remains a pre-modern collection of various wealthy donors who come together around various candidates they believe can best pitch their financial interests to the voting masses.

Sanders’ reliance on small donors creates the potential for a more democratic structure, as do Ocasio-Cortez’s efforts to build infrastructure to support left-wing primary challengers. Important as these developments are, however, they don’t alter the party’s fundamental foundation, which is built around candidates and their funders, rather than membership democracy.

The concern isn’t just that socialist office holders like Sanders and AOC need to be “held accountable” by their supporters. It’s that democratic structures like platform-making party conferences with elected delegates are the only way a party can develop thousands of grassroots leaders it needs if it wants to resist being overwhelmed by thousands of full-time lobbyists and non-profit directors.

If Sanders becomes president, he would have to try to democratize the Democrats as part of the fight to enact his agenda without disastrous compromises. If these efforts fail to redeem an irredeemable party, they could at least start a national conversation about the long-overdue creation of a legitimate U.S. socialist party.