Betty Reid Mandell, at 89; longtime advocate for the poor

Long after retiring as a professor of social work at Bridgewater State, Betty Reid Mandell kept putting her teachings into practice in her 80s by lending assistance to the homeless who were seeking help from the state Department of Transitional Assistance. 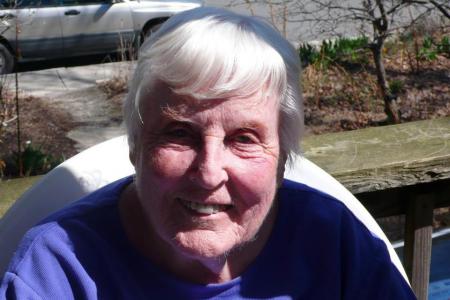 When she stopped by to volunteer, she recalled in an essay, the homeless section of Boston’s welfare offices reminded her of the front line in an endless conflict.

“The Homeless Unit feels like a war zone where refugees have been displaced from their homes,” she wrote for the winter 2001 issue of the journal New Politics, which she co-edited until a year ago. “I feel like a war reporter as I tell their stories. There is a war going on against the poor, and most fiercely against people of color.”

Handing out survival tips she had penned to point people in the direction of food and housing assistance, Ms. Mandell would explain that as poor as they were, the homeless still had rights. “The security guard called her the fairy godmother of the welfare office,” said her daughter Christine of West Roxbury. “People would be surprised when she walked up and said, ‘Would you like my help?’ ”

A lifelong advocate for the dispossessed, Ms. Mandell combined an upbeat demeanor with a fierce presence on the page, where she picked apart laws and government policies that she believed hurt the poor residents they ostensibly were designed to help. She died Friday in Faulkner Hospital of complications from a blood clot. Ms. Mandell was 89 and lived in West Roxbury.

“She believed in helping people, and that was her whole life,” said her husband, Marvin Mandell, a retired Curry College English professor. “She was a wonderful person. She was passionate about everything: about causes, about life itself.”

In the mid-1980s, Ms. Mandell was among the founders of Survivors Inc. and the journal Survival News, which provided a forum for low-income women. In Survival News she also published Survival Tips, a guide that offered phone numbers, websites, and very specific advice on how to apply for everything from food stamps to fuel assistance and therapeutic shoes for diabetics. The most basic necessities were often in short supply for those trying to survive with no homes, no money, and few job prospects in a difficult economy.

Though Ms. Mandell was ardent in her advocacy, “I never knew her to be angry,” said her daughter Charlotte Mandell Kelly of Annandale-on-Hudson, N.Y. “She always was more concerned about other people than she was about herself. She was the most generous person I ever knew, and also the most caring and loving.”

The youngest of four children, Betty Reid was born in 1924 in Roggen, Colo., a small ranching and agriculture community northeast of Denver. Her parents had been homesteaders, and as a teenager, she exhibited a prize-winning steer at a national livestock contest.

“She was a good horsewoman, but she really wanted to come east and go to college,” her husband said. “She wasn’t that fond of the farm.”

After graduating from Colorado State University with a bachelor’s degree in sociology, she went to Union Theological Seminary in New York City, where she received a master’s in religious education.

“She mostly lost her religion at Union seminary,” her husband said. Although she embraced the Christian message, “she thought it was being betrayed all over the world by organized religion.”

After receiving a master’s in social work from Columbia University in 1952, she worked at the Hudson Guild settlement house in New York City. Through friends, she met Marvin Mandell, a committed socialist.

“There was never any doubt in my mind that she was perfect for me,” he said. “She embodied everything I always believed in. She was passionate about social justice and helping the poor.”

They became a couple and married in the 1950s. She taught at the University of Iowa while he completed a doctorate, and she was a social worker later while he taught in Connecticut.

At the end of the 1960s, the couple moved with their daughters to Boston, where both found college teaching jobs. Ms. Mandell taught at Boston State College until 1981, when she switched to what was then Bridgewater State College. She retired from Bridgewater in 1994.

Ms. Mandell wrote numerous essays and articles for New Politics, other publications, and her blog, and she wrote and edited books including “An Introduction to Human Services: Policy and Practice” and “The Crisis of Caregiving: Social Welfare Policy in the United States.”

“Betty has been one of the more visible social activists on the Bridgewater State College campus,” said a December 1994 profile in Bridgewater Review, a college publication. “Over the years she has organized a number of workshops, public hearings, and demonstrations in support of those on welfare.”

Arrested on occasion at demonstrations, she once found herself face to face with one of her former Bridgewater State students: the police officer who led her away. “He actually apologized and said, ‘I’m so sorry I have to arrest you,’ ” her daughter Charlotte recalled.

Ms. Mandell “was amazingly tireless,” Charlotte said. “She never seemed to get tired of helping people.”

A service will be announced for Ms. Mandell, who in addition to her husband and two daughters leaves a sister, Shirley Stanosheck of Longmont, Colo.

With her husband, Ms. Mandell spent alternate summers at their cottage on Cuttyhunk Island and a chalet they rented in St. Jean d’Aulps, in the Alps region of eastern France near the Swiss border. There and in Boston, her presence was welcomed by all she encountered.

“I really feel everything I’ve learned about kindness and patience and being good to other people I learned from her,” said Christine, who added that the meals she shared with her mother at home and in restaurants were always “filled with laughter and happiness.”

“My sister and I are both Buddhists, and she said she believes that Betty was a real bodhisattva, that she was somebody who was put on earth to give people happiness, and I feel that way too,” Christine added. “One time we were out at a restaurant laughing together and the waitress came up and said, ‘I just wanted to remark on what a wonderful relationship you two have. I wish I had that relationship with my mother.’ ”

Bryan Marquard can be reached at bmarquard@globe.com.

This article originally appeared in the Boston Globe.