New Colonialisms and the Crises of Left Values

When visibility is minimal because powerful storms cloud the perception of reality, it may be appropriate to enlarge one’s view, to climb slopes to look for broader observation points, in order to discern the context in which we move. In these times, when the world is crossing through multiple contradictions and interests, it’s urgent to stimulate the senses to gaze far and inside.

Beyond the Broad Left Party

The radical left strategy of working within broad left parties has suffered a major setback after SYRIZA´s capitulation. The answer to this crisis lies neither in continuing “business as usual,” nor in ignoring the question of political power. SYRIZA´s capitulation to the austerity diktat, the ensuing emergence of Popular Unity and the fresh elections looming ahead, have brought the question of organization for the radical left at the forefront of debate. SYRIZA, which used to be the prime example of left unity against austerity, is giving way to an increasingly fragmented political landscape of the Greek left, as Prime Minister Alexis Tsipras declared his will to implement the new memorandum.

Why we need to build alternatives and dismantle a process that will lock us into another decade of burning the planet.

Grace Lee Boggs: the life of an American r/evolutionary

New Politics shares this post, written in June 2015 to celebrate the 100th birthday of Grace Lee Boggs, who passed away Monday Oct 5, 2015. See a film about her:

Read more ›
Capitalism is the Crisis

Neoliberalism as the Agent of Capitalist Self-Destruction

The neoliberal era can be retrospectively identified as beginning with the economic crisis of 1973, or, more precisely, with the strategic response of state managers and employers to that crisis. Previous eras in the history of capitalism have tended to close with the onset of further period of systemic crisis; 1973, for example, saw the end of the era of state capitalism which began in 1929. The neoliberal era, however, has not only survived the crisis which began in 2007, but its characteristic features are, if anything, being further extended and embedded, rather than reversed.

The Greek Drama of 2015: What Next?
a talk by Nicholas Levis (Nikos Evangelos)

The preliminary report of the parliamentary Truth Committee on Public Debt declared the entire Greek debt to be odious, unethical, unsustainable and illegal. Do they have a case?

May First/People Link is being attacked in a Denial of Service attack that is unprecedented in its length and viciousness. We have been fighting off this attack for over three weeks now.

We are convinced that the attack is political. We know how the attackers are targeting us, we know they are targeting the entire organization’s systems and we know that they are carefully monitoring our responses because they are quickly adapting to every move our technologists make to return us to service.

Ecuador’s Indigenous movements have launched an uprising to challenge the government’s opposition to bilingual education and its support for an extractive-based economy.

On August 2, the Confederation of Indigenous Nationalities of Ecuador (CONAIE) began a march from the southeastern Amazonian province of Zamora Chinchipe that will arrive in the capital city of Quito on August 13. Upon its arrival, the Indigenous march will join a general strike called by the Workers United Front (FUT) in opposition to the government’s labor policies.

Why We Commemorate August 9th and the Ferguson Uprising

As those committed to social justice in St. Louis prepare to mark the August 9th killing of unarmed teen Michael Brown Jr. by Officer Darren Wilson in Ferguson, we know that many in the region would like us to just go away. Enough already, they say. Why commemorate something so sad and wrong, anyway? Let’s just move on. But we’re at the beginning, not the end of this struggle. It’s not time to move on, and this day calls for reflection. 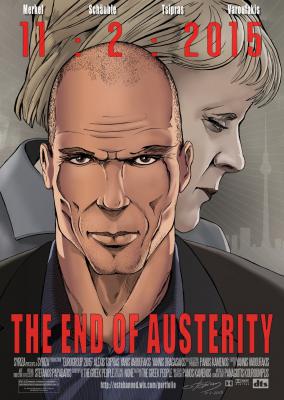 For the many people who have engaged in the struggle for Puerto Rico’s independence, July 25 has a special significance. On that date in 1898, U.S. troops invaded Puerto Rico, beginning a period of U.S. colonial domination on the island that continues to this day. The United States invaded Puerto Rico, along with the Philippines, Guam and Cuba, in the setting of the Spanish-American War. That war was the opening of what would be the menacing role and predatory nature of the U.S. capitalist class in the Caribbean, Latin America and the entire world.

Today it often feels as though we are hopelessly mired in apocalyptic thinking, both in our social movements and in popular culture.