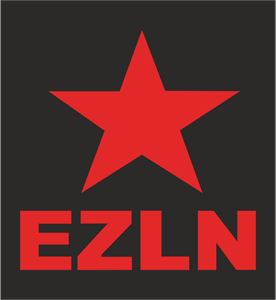 THERE WILL BE NO SCENERY AFTER THE BATTLE

(On the Russian army’s invasion of Ukraine.)

To those who signed the Declaration for Life:

To the Sixth national and international:

We tell you our words and thoughts about what is currently happening in the geography you call Europe:

First: There is an aggressor force, the Russian army. There are big capital interests at stake, on both sides. Those who now suffer from the delusions of some and the cunning economic calculations of others, are the peoples of Russia and Ukraine (and, perhaps soon, those of other geographies near or far).  As Zapatistas, we do not support one state or another, but those who fight for life against the system.

When the multinational invasion of Iraq (almost 19 years ago), with the US army at the head, there were mobilizations around the world against that war.  No one in their right mind thought that opposing the invasion was siding with Saddam Hussein.  Now it is a similar situation, although not the same.  Neither Zelensky nor Putin.  Stop the war.

SECOND.- Different governments have aligned themselves with one side or the other, doing so by economic calculations. There is no humanistic assessment in them. For these governments and their “ideologues” there are good interventions-invasions-destructions and there are bad ones. The good ones are those made by their relatives, and the bad ones are perpetrated by their opposites. The applause for Putin’s criminal argument to justify the military invasion of Ukraine will become a lament when, with the same words, the invasion of other peoples whose processes are not to the liking of big capital is justified.

They will invade other geographies to save them from “neo-Nazi tyranny” or to end neighboring “narco-states.” They will then repeat Putin’s same words: “we are going to denazify” (or its equivalent) and abound in “reasoning” of “danger to their peoples”.  And then, as our comrades in Russia tell us: “Russian bombs, rockets, bullets fly towards Ukrainians and do not ask them about their political opinions and the language they speak”, but the “nationality” of one and the other will change.

THIRD.  Then, when the invasion began, they waited to see if Ukraine would resist, and making accounts of what could be extracted from one or another result.  As Ukraine resists, then they do begin to issue “aid” bills that will be collected later.  Putin is not the only one surprised by the Ukrainian resistance.

Those who win in this war are the great arms consortia and the big capitals that see the opportunity to conquer, destroy/rebuild territories, that is, to create new markets for goods and consumers, for people.

FOURTH.- Instead of going to what the media and social networks of the respective sides disseminate – and that both present as “news” – or to the “analyses” in the sudden proliferation of experts in geopolitics and sighing for the Warsaw Pact and NATO, we decided to look for and ask those who, like us,  they are engaged in the struggle for life in Ukraine and Russia.

After several attempts, the Sixth Zapatista Commission managed to make contact with our relatives in resistance and rebellion in the geographies they call Russia and Ukraine.

Fifth.- In short, these our relatives, who also raise the flag of the @libertarian, stand firm: in resistance those who are in the Donbas, in Ukraine; and in rebellion those who walk and work the streets and fields of Russia. There are detainees and beaten in Russia for protesting against the war. There are murdered in Ukraine by the Russian army.

It unites them among themselves, and them with us, not only the NO to war, but also the repudiation of “aligning” with governments that oppress their people.

In the midst of confusion and chaos on both sides, they are held firm by their convictions: their struggle for freedom, their repudiation of borders and their nation states, and the respective oppressions that only change flags.

Our duty is to support them to the best of our ability. A word, an image, a tune, a dance, a fist that rises, a hug – even from distant geographies – are also a support that will animate their hearts.

To resist is to persist and it is to prevail. Let us support these relatives in their resistance, that is, in their struggle for life. We owe them and we owe it to ourselves.

SIXTH.- For the above, we call on the national and international Sixth that has not yet done so, to, according to their calendars, geographies and ways, manifest themselves against war and in support of l@s ucranian@s and rus@s who fight in their geographies for a world with freedom.

We also call for financial support for the resistance in Ukraine in the accounts that will be indicated to us in due course.

For its part, the EZLN’s Sixth Commission is doing the same, sending some aid to those in Russia and Ukraine who are fighting the war.  Contacts have also been initiated with our relatives in SLUMIL K’AJXEMK’OP to create a common economic fund to support those resisting in Ukraine.

Without bending, we shouted and called to shout and demand: Out with the Russian Army of Ukraine.

The war must be stopped now.  If it is maintained and, as is to be expected, scale, then perhaps there will be no one to account for the landscape after the battle.

From the mountains of southeastern Mexico.

Sup. Galeano.Sixth Committee of the EZLN.